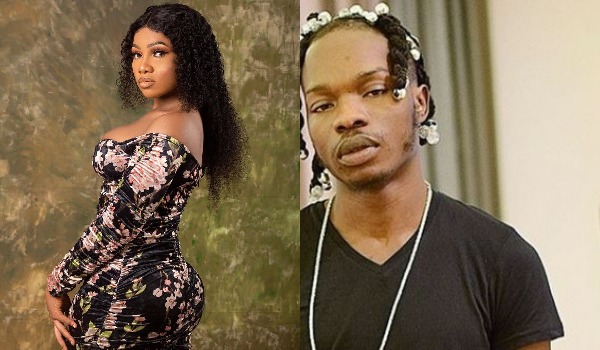 Life, as they say, is full of prons and cons, and the ability to forget the past to not affect the present and future takes grace and mindset.

Moreover, another man’s food is another man’s poison and if we are to be objective and realistic, fingers are not accurate in height, neither in shapes, so likewise twins born on same day, their attitude and behaviour are different.

Nevertheless, we are endowed by our creator to control everything in our capacity, to be better us, avoid mistakes if possible, learn from it and the likes.

Biblically, Grace is “the love and mercy given to us by God because God desires us to have it, not necessarily because of anything we have done to earn it”. It is not a created substance of any kind. Grace is favour from God. On the other hand, Grass, agriculturally, is a monocotyledon plant, herbaceous plants with narrow leaves growing from the base. A common kind of grass is used to cover the ground in a lawn and other places. In the neutral sense, grass is low, so to be classified as grass is being unnoticed neither recognized, which could 100percent leads to condemnation and cause depression.

In a bid to give instance from happenings in our society today, there a lot of people who have been moved from grass to grace and celebrated, irrespective of what they have done to deserve it or not. For example, two celebrties that we all know, Tacha, one of the popular former housemates of season four Big Brother Niaja reality show and Naira Marley, the recent hip pop aristes that was jailed months ago due to one of his offensive songs but later bailed.

These two celebrities are obviously testimony to this Grass to Grace quote.

To start with, Anita Natacha Akide popularly known as Tacha or Symply Tacha is a former Big Brother Naija housemate, video blogger and an Instagram influencer who was disqualified on the 89 days of the show after fighting with fellow housemate Mercy in the 2019 Big Brother Naija TV Reality Show tagged Pepper Dem Gang.

She was born on 23rd of December 1995 in Port Harcourt, River State in the south southern part of Nigeria. She is currently 23 years old. She refers to herself as “Port Harcourt First Daughter.”

According to her, she is beautiful, gifted, skillful, creative and talented. Her parents are both dead and for that reason she is an orphan. She hails from Port Harcourt, River State in the south southern part of Nigeria. Tacha, as earlier said was disqualified because she fought violencely with the winner of the show, Mercy Eke, before then, she was known to be controversial, difficult to relates with, segregate and among others. With all her attitudes and isolation, she got high votes that even beat down the calm and friendly housemates in the house, it was so surprising to some fans and even me personally, after she left the show with disqualification certificate, she still became very extremely popular and active, despite the shame, abuse and condemnation. Personally, I will say, she refused to let the shame weigh her down and I’m sure you will agree with me.

After weeks, she continues to trend on social media and within, its nothing to capture it but rather to say, she moved from grass to grace, as she still have a lot to achieve in life, irrespective of her bitterness, as some people tagged it. Although, she has apologised.

On the other hand, Naira Marley is one of the  leading Nigerian artistes and a multi-award winner in the Music industry. He was signed under record label named “Moves” and under his imprint are a lot of talented acts.

He’s also well known for his advocacy for Internet Fraud. He was born in Agege, Lagos State, Nigeria but later moved to Peckham, South London when he was only 11-years-old.

According to him, as a young lad, he never planned to become an artist, though he had the childhood ambition of becoming an MC and Voice Over artiste. He started unleashing his potentials in the year 2014 , Naira Marley discovered his singing talent when he was urged by his friends to sing in one of their recording sessions in the studio which was just a joke.

Recently like months ago, he dropped a single tilted”AM I A YAHOO BOY?”, after the release of the video, he was arrested on his birthday unfortunately, because why? What he potraited is against the law of the country. The case was battled for months, in which he was in the custody along side, to be precise and concise, before and after the release of the song, he wasn’t really popular but after he was arrested and his case went viral, he became popular, although, it was through bad handwork but the fact still remain that he became widely known after his arrested, he was later bailed and he moves on with his life, released other songs and more famous.

That’s the power behind “GRASS TO GRACE”. Meaning that, regardless of challenges or handwork in life, we will be what we will be, but its wise enough to be known and tagged for good.  #MY SAY