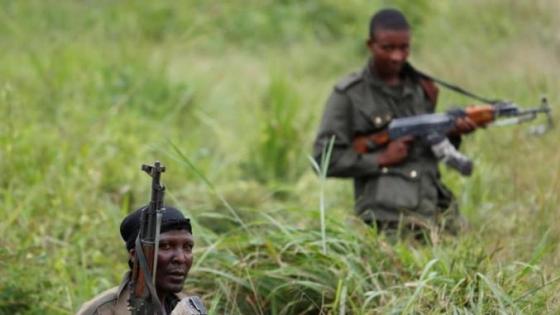 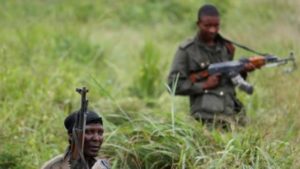 Two of the attacks in Ituri province were attributed to the Codeco militia that has also been accused of a civilian massacre in June. An army spokesman, lieutenant Jules Ngongo, told AFP that the three latest deaths occurred “during an attack by militia fighters very early on Friday.” Local radio director Daniel Tibasima said he had seen the bodies of “a pastor, an intelligence agent and a woman,” and added that a well-known local shopkeeper had also been kidnapped. Meanwhile, another attack on Wednesday night on the shore of Lake Albert left “nine dead, including four woman, a young girl and four men,” Tibasima added. A diplomatic source confirmed the toll, and an army spokesman acknowledged clashes with the attackers, adding that the situation was “under control.” Authorities and communities have been reluctant to talk about a revival of a communal conflict between Lendu farmers and Hema breeders that killed tens of thousands of people between 1999 and 2003 in Ituri. The army added that terrorists” had killed five people in the territory of Beni in neighbouring North Kivu province, as the government seeks to return farmworkers to land taken back from armed assailants. “Five civilians were killed by terrorists on Thursday in reprisal for reverses inflicted on them by the army,” regional military spokesman Mak Hazukai told AFP. “This residual group will be very quickly eradicated” by the army, Hazukai added. The five Beni killings were attributed to the ADF which is accused of killing over 1,000 people in the Beni region since October 2014. Agricultural work had resumed in an area taken back from the ADF. “We have authorised the local population to resume normal farming activities in the Mwalika valley… which has been cleaned up and secured,” Hazukay said, People are only allowed to enter the valley if they show a badge handed out by the authorities. Many towns and villages in Beni have been abandoned by residents due to the unrest. Eastern DRC has been troubled for years by militia that control swathes of territory and exploit its mineral wealth. DRC has one of the world’s largest UN peacekeeping missions, MONUSCO. It has more than 16,500 military personnel and observers, 1,300 police and at least 4,000 civilians. But it has been struggling to make progress in a vast country beset by armed groups as well as an Ebola epidemic, poverty and poor governance.