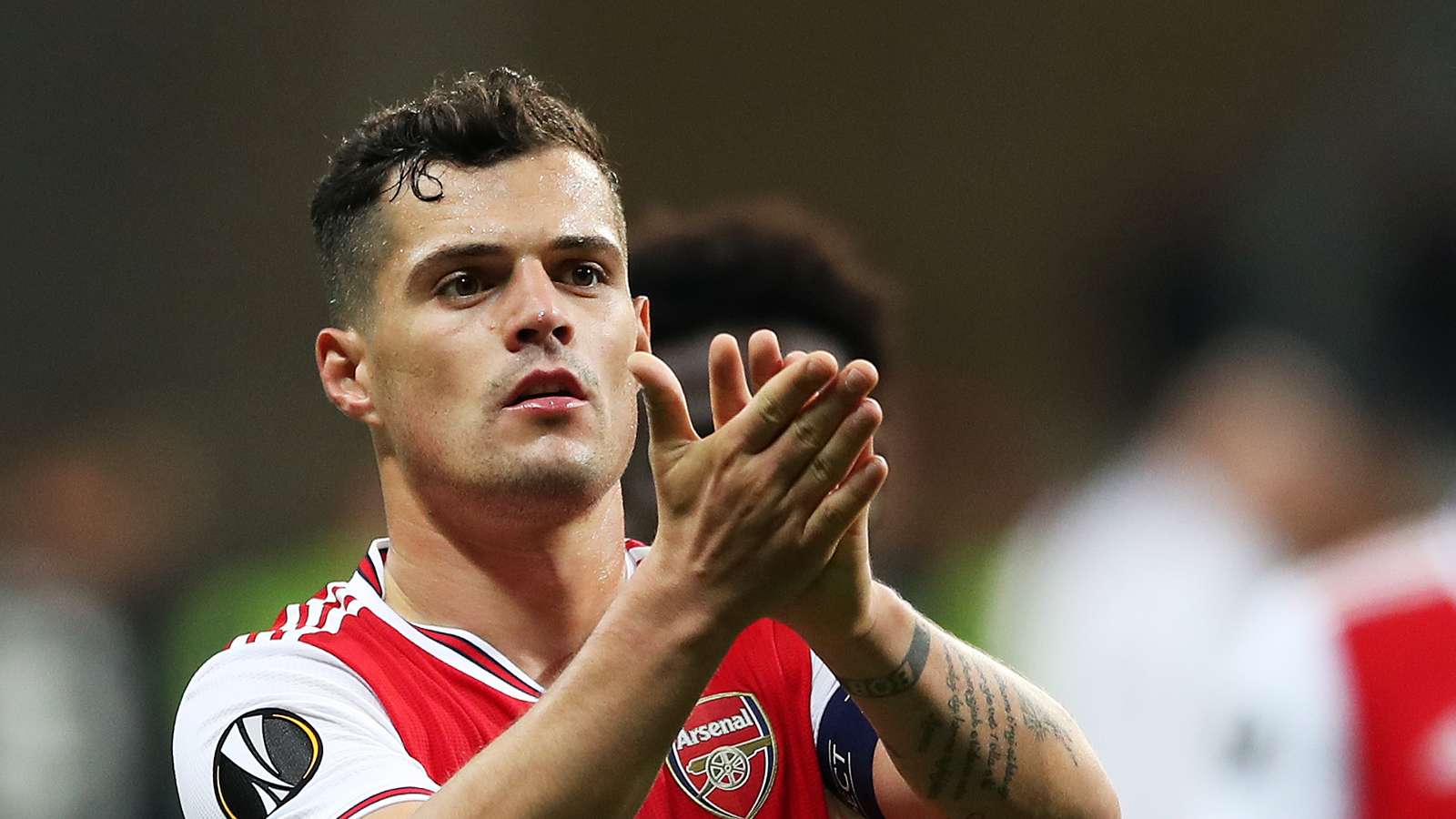 The club captain was booed by supporters as he was substituted during the 2-2 draw at the Emirates Stadium and reacted by cupping his ear and shouting expletives back at the crowd .

The midfielder’s furious reaction sparked controversy, with many former Gunners criticising Xhaka and one even calling for him to be stripped of the captain’s armband .

Arsenal responded on Monday by calling the 27-year-old in for a meeting to discuss his future, but won’t be releasing a statement on the situation before Tuesday.

The club are adamant that they cannot have their captain acting in such a way towards fans. Emery chastised Xhaka in the wake of the game, saying “he is wrong” to react to supporters ,

He said: “We are going to speak [internally] about that situation. I want to listen to him and also to be calm, but, really, he was wrong in this action.”

However, Xhaka is said to have the support of his team-mates. He is a popular figure in the Arsenal dressing room having been picked by players to lead the side in the summer.

“We are all humans, we all have emotions, and sometimes it’s not easy dealing with them,” right-back Hector Bellerin said on social media.

“It’s time to lift each other up, not to push each other away. We only win when we are together.” 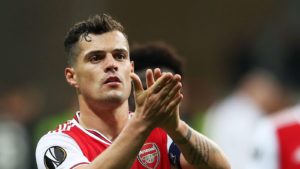 Arsenal summer loan signing Dani Ceballos also called for Gunners unity amid increased pressure on the club and Emery to turn around their form.

He tweeted: “To be united is the start; to keep united is a progress; but to work together and united, will lead us to success. Let’s go boys! Together we can make it!”

However, Arsenal legend Ian Wright believes the former Borussia Monchengladbach star must say sorry to the club’s supporters and his team-mates.

“He should apologise,” the former striker said. “That’s the captain. He should have apologised already.

“[If he apologises] it’s not a case of that’s the end of it, but that’s the guy they’ve chosen as the captain and that’s not captain’s behaviour.

“Arsenal fans have showed a lot of patience with him and the performances he’s put in. He owes them a lot more than acting like that.”

The north London club, who are fifth in the Premier League, are back in action on Wednesday night in the Carabao Cup with a trip to European champions Liverpool.