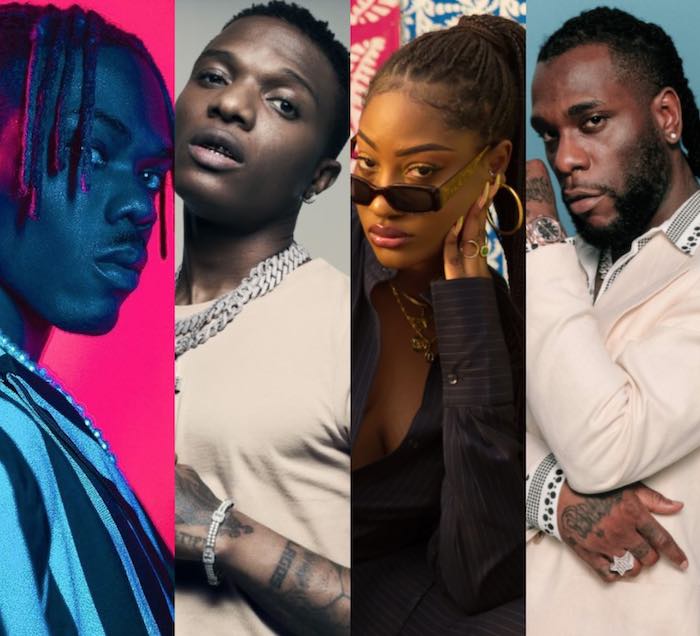 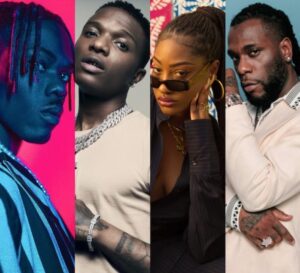 Africa and its contents have always suffered underrating treatment in the global scene and the old ways of forcing Western contents down the throat of Africans were in existence for quite a long time.

Have you ever wondered why Fela didn’t get to win Grammys despite creating Afrobeat Genre and traveling all over the world promoting it? There is no other reason other than the fact that he is an African man.

All thanks to God that Fela’s death was not the death of Afro-beat, Nigerian artistes and other African artistes kept pushing it. They kept on traveling around the world with it till Afro-beat became the global phenomenon that it is today.

Afrobeat has witnessed gradual growth year-in-year-out and this year the growth is more visibly glaring to the point that saying Afrobeat is conquering the world won’t be an understatement.

Below are the Nigerian artistes who have promoted Afrobeat to the global this 2021:- 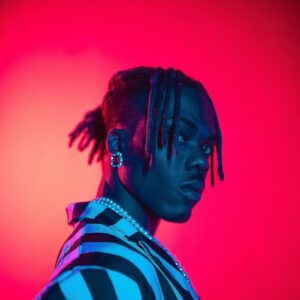 Chocolate city star, Ckay is doing a lot for Afrobeat at the moment, his song “Love Nwantiti” is a global record and the biggest song out of Africa according to an International publication, Bloomberg.

The song is doing well across Africa and the world at large with remixes by famous Moroccan DJ ElGrandeToTo and other versions from musicians in Tanzania, France, South Africa has helped the song gain a following across the world including the Middle East.

According to Temi Adeniji, the Managing Director of Warner Music Group South Africa, “Love Nwantiti” is a song in a league of its own and there is no one who has ever done this before.

Meanwhile, Ckay enjoy a whole lot of commercial success this year that even Wizkid, Burna Boy‘s spotify streams combined did match up to his total streams so far.

Talking about streams, Ckay is now competing strongly with the likes of Beyonce and other international stars. This is no doubt a big one for Afrobeat.

What Ckay has done for Afrobeat this year is showing other artistes that letting commercial success dictate the tune of your songs won’t take you anywhere. As an artiste, you do songs based on the instinct of your gift not based on the amount of money you want to make.

A Nigerian artiste with a commercialization mindset would have written off a song like “Love Nwantiti” and dumped it in a trash can. Here is Ckay putting Africa on the map. 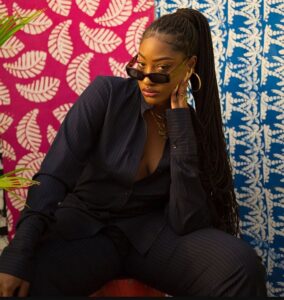 It will be wrong to talk about the growth of Afrobeat this year without mentioning the name Tems. There are other dope songs on Made In Lagos but come to think of it, why was Essence the biggest song on the album?

No need to think it too far, Tems magical vocal and composition on the beat is too perfect for a young artiste from Africa. Yea! That’s the feeling Tems vocals actually created in the global scene.

According to Tems, she wasn’t even allowed to do everything she would have loved to do on the song yet, it still earned her the International sensation status.

It’s a good feeling to see Rihanna scream on seeing Tems at a show in the United States. Another win for Afrobeat came when Drake decided to put Tems on his Certified Lover Boy Album.

The Billboard promotion of the album had Tems name written with bigger fonts and that shows how much Afrobeat is being appreciated. 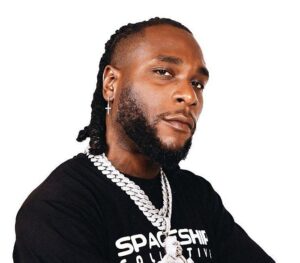 Without any iota of doubt, the past 2years have had Burna Boy preaching the gospel of Afrobeat to the world.

He was so intentional that he went after the Grammys that many Afrobeat legends couldn’t lay their hands on and at the second attempt, he came out Twice As Tall and won.

This year, Burna Boy has been back home eating the fruit of his last year’s project while also pushing his Afrobeat sound across Africa and the world at large.

Burna Boy shut down 02 Arena this year after Wizkid did. The excitement of fans at the sight of Burna Boy at the concert said alot about how much Afrobeat have grown from the underrated sound it used to be to one of the biggest genre in the world today.

All thanks to Burna Boy and some of these other guys. 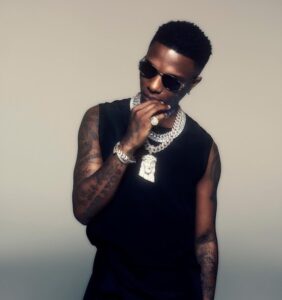 If there is one African artiste that has given Afrobeat the deepest penetration this year, that artist is Wizkid.

How Wizkid globalized “Made In Lagos” album should be studied in all music schools around the world. With Essence coming off to become the biggest song off the album, Wizkid has made the whole world fall in love with Afrobeat.

It felt like a good time to be a Nigerian when Justin Bieber showed keen interest to jump on Essence remix with Wizkid and Tems.

The moment to be proud of African origination of Afrobeat came when Wizkid and Justin Biebier performed Essence together on stage at Made In America festival.

While awaiting a Grammy win for the Starboy this year, we cannot but admit that Wizkid has done a lot more for Afrobeat this year than any other artiste.

The efforts of these 4 guys in making this happen cannot be over-emphasized and hopefully, there will be more African artistes smashing the international market in few years to come.

DO YOU AGREE?? Checkout The Top Nigerian Artistes, Songs And Albums Of All Time

Bobrisky Is Bad Influence To Our Youths – S.A To Okowa