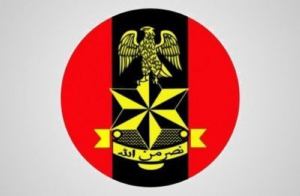 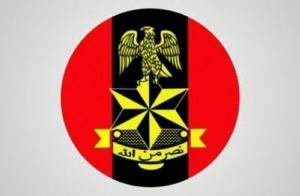 Maj.-Gen. Olusegun Adeniyi, the Theater Commander, Operation Lafiya Dole (OPLD), made the disclosure in Maiduguri at the formal handing over of the suspects to the Borno State Government.

Adeniyi disclosed that the suspects comprised of 978 males and five females.

He said that the affected persons were detained at a military facility over suspected links with the insurgents.

Adeniyi explained that the suspects were cleared by the Joint Investigative Panel set up by the authorities.

The commander added that the detainees were cleared of any links with insurgents and certified fit for reintegration with their families and society.

“The release of the detainees marks a milestone in the Operation Lafiya Dole to defeat the insurgency and restore peace to the region.

”The Federal Government implemented the Operation Safe Corridor to encourage insurgents to surrender for rehabilitation and integration into society.

“Let Shekau and Albarnawi die alone, they are defeated and you should not die with them,” Adeniyi said.

While commending the Borno Government over its support to the military, Adeniyi advocated for a skill training programme to enable the released suspects to learn trades and engage in productive activities.

Gov. Babagana Zulum of Borno commended the gesture, adding that “the event is significant in paving the way to end insurgency”.

It also signalled the beginning of peace in the state”.

Zulum called on the people to accept the released detainees, stressing that they were proved to be a free and innocent sequel to investigations conducted by the investigative committee.

He called on the Army to adopt proactive measures to release innocent persons in its facilities in accordance with the laws.

Zulum said that the affected persons would be transferred to the Borno State Rehabilitation Center, Bulumkutu, before reintegration with their families and society.

The governor added that the state government would provide skill training and empowerment support to enable them to engage in productive activities.

Zulum further commended the military and other security agencies over their sacrifices and contributions in the counter-insurgency campaign and peacebuilding process in the state.

Also speaking, Ahmed Jidda, one of the released detainees, thanked God for regaining his freedom.

Jidda, who hailed from Adamawa, said he was detained for about three years at the military facility.

He noted that the Army authority had adopted proactive measures to take care of their need and improvement of the well being of the inmates.

“We are fed, sheltered and clothed. Nobody abused or maltreated us at the centre,” he said.

Jidda commended the committee which established their innocence, adding that he was happy to be reunited with his family.