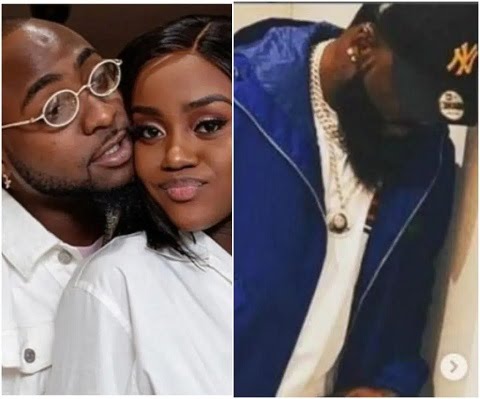 In the new video that was posted on the Snapchat by Chioma’s new alleged lover, the celebrity chef was seen sitting side by side with her new man 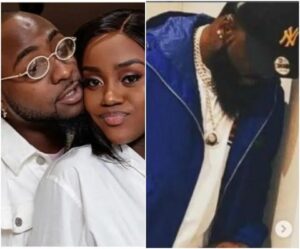 In the new video that was posted on the Snapchat by Chioma’s new alleged lover, the celebrity chef was seen sitting side by side with her new man.

Davido’s former lover, Chioma Avril has reportedly showed off her new man.
She was seen spending good time with a mystery man, sparking reactions that she has moved on.
A video of the duo appeared over the weekend months after reports emerged that Davido broke up with her.
Recall that Davido and Chioma’s relationship took a nosedive in Feb 2021 after the award-winning singer was captured holding hands with an Instagram model, Yafai while on holiday in the Caribbean.
In the new video, the celebrity chef was seen sitting side by side with her new man while they enjoyed a fun time at the beach.
Watch the video below;

One evilin_ndamase wrote; ‘No wonder OBO day go gym almost every day #chiomamylover’
One stardomgys wrote; ‘The man get money die 🥵 😂😂 OBO MONEY na Joke for this man side’
One wealth044 wrote; ‘If she move on I swear she’s a champ’
One pearlmiimii wrote; ‘I’m happy for her!! Well deserved! I hope he treats her right!’
One kemiolushola803 wrote; What matters most is one’s happiness u own nobody any explanation
One everestofficial1 wrote; ‘Nice one my sister don’t allow oduduwa boy use your head’
One theoadaa wrote; ‘Am so happy for her….’
One marcusbekky wrote; ‘Davido will understand now that u cant settle down while u are still in d world nobody has ever done it in his prime, congrats to Davido too for his freedom too’
One ogonnaubani wrote; ‘Assurance don scatter’
Share
Only Jonathan Would Make Me Drop Presidential Ambition – Bauchi Governor Previous post
Download Jsong – I Don’t know (IDK) Next post