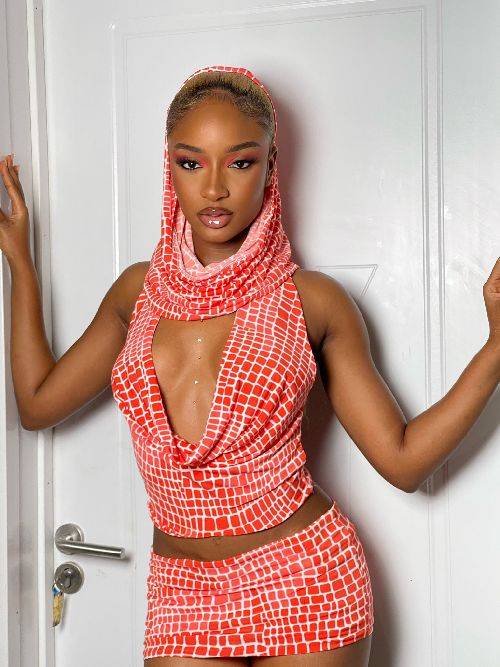 Ayra Starr responds to criticism for her fashion choices following a recent show where she exposed too much on stage by donning a small skirt.

The singer of the song “Rush” one of the stars that appeared at the most recent Meta performance, seemed to draw attention more for her clothing than for her singing.

Videos of Ayra at the event went viral after she rocked a tiny skirt that exposed almost all of her body and a skimpy top with her trademark knee-high boots.

The Mavin Signee is no stranger to wearing small clothes but this particular outfit seemed to catch the attention of more people as she moved around on stage during her performance.

Ayra Starr also seemed to pair the outfit with matching underwear as it became glaring at a point during her performance.

Netizen took to social media to react, with many saying Ayra exposed too much flesh in the video.

However,Ayra Starr wasn’t too disturbed by the backlash as she took to Twitter to drop a voice note about the issue.

At the beginning of the voice note, the singer sarcastically begged for forgiveness before laughing and singing a part of the lyrics of her hit song, “Rush“.

After singing, she said, ‘Do you think I was joking?’ before asking fans to stream “Won Da Mo” a song by her and the Mavin crew.

Listen to her response