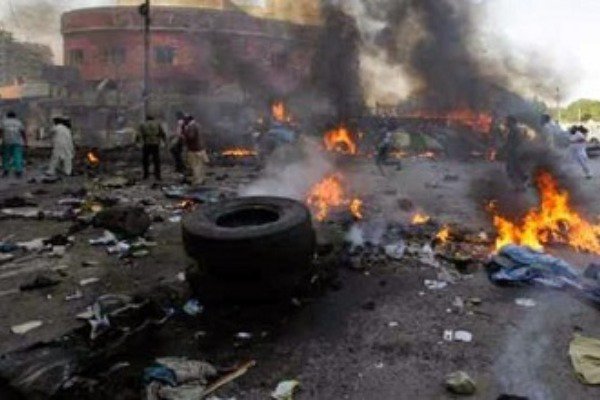 A suicide bomber was, on Tuesday, blown to pieces when the suicide vest he was wearing exploded on his body. 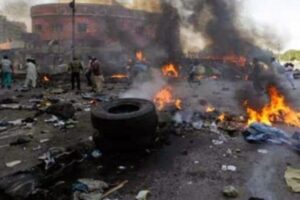 A suicide bomber was, on Tuesday, blown to pieces when the suicide vest he was wearing exploded on his body.

The incident happened opposite the popular Eke Market, Afikpo, in the Afikpo North Local Government Area of Ebonyi State.

A source in the area said the incident happened around 10am on Tuesday.

According to the source, “

He made an attempt at entering Amaizu/Amangballa Primary School but was turned back by the school security since he couldn’t justify his reason for visiting. He immediately started running inside a nearby bush before a big bang was heard.”

The source said residents scampered for safety when the bomb exploded but reconvened at the scene of the incident a few minutes after only to discover the suspected suicide bomber laying dead in the pull of his own blood.

The source, who noted that the incident happened close to the Eke Market in Afikpo, which happens to be the biggest market in the area, said that there is tension and panic in the community following the incident.

It was gathered that the upper part of the suspected suicide bomber’s body was completely destroyed from the impact of the bomb.

Share
See The First Made In Nigeria Helicopter (Photo) – Can You Fly In It? Previous post
Bandits Kill Pastor And His 2-Year-Old Son In Niger State (Photos) Next post