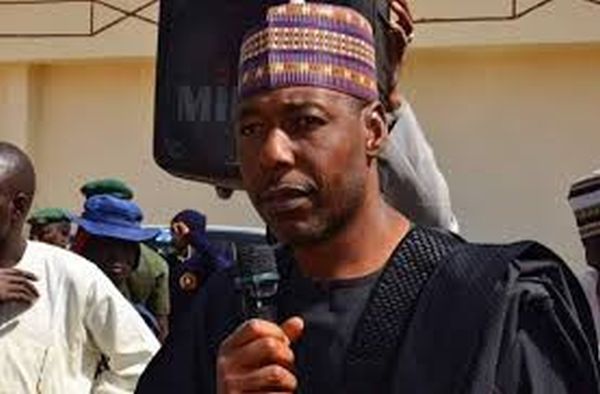 Governor Babagana Umara Zulum of Borno State has come under fire for saying that the repentant Boko Haram terrorists are ‘truly repentant.’ 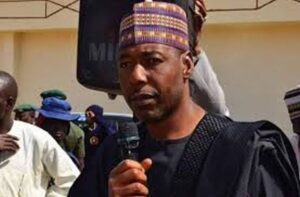 Governor Babagana Umara Zulum of Borno State has come under fire for saying that the repentant Boko Haram terrorists are ‘truly repentant.’

Human Rights Writers Association of Nigeria, HURIWA, said the Governor must cover his face in shame for defending terrorists.

Zulum had a few days back said he is confident that over 90 percent of Boko Haram members who have surrendered to the military are truly repentant.

He said this on the backdrop of criticisms trailing the Buhari government and the Nigerian armed forces for granting amnesty to terrorists.

The group reminded Governor Zulum that millions of the victims of the heart-rending terror campaigns since over a decade are scattered all over the world as refugees and internally displaced persons.

The human rights advocacy group wondered why the governor is allegedly cuddling the mass murderers and terrorists and baptising them as repentant.

“What then is the concept of government and the dispensation of justice, including bringing killers to face the long arm of the law and for the victims to receive social justice and closure to their sufferings?

“HURIWA thinks this Federal government has been so unfair to the victims of terrorism in Nigeria”,

The group said in a statement signed by Comrade Emmanuel Onwubiko, its national coordinator and made available to NAIJALOADED.

The rights group called on the Federal Government to perish the idea of implementing the unconstitutional programme of reintegration of terrorists.

According to HURIWA, the move will rubbish the essence, significance and the place of the grundnorm in the society, “and has made Nigeria under President Muhammadu Buhari look like a Banana republic in the eyes of the international community.”