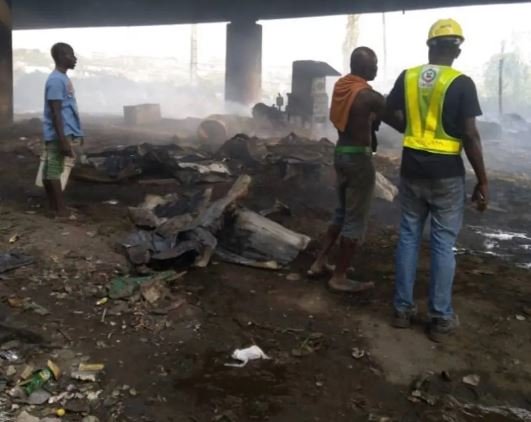 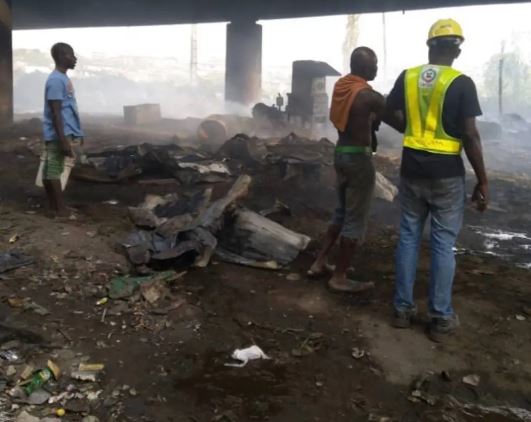 The Director-General of LASEMA, Dr Oke-Osanyintolu, made the disclosure in Lagos on Sunday.

According to him, an investigation revealed that a 32KVA electrical cable detached from the pole.

“The impact resulted in fire after it fell on combustible items such as plastics and papers.

“The fire was immediately put off by the LASEMA Response Team, Federal Fire Service and Lagos State Fire Service, he said.

He added that there was no injury or loss of life as a result of the fire.