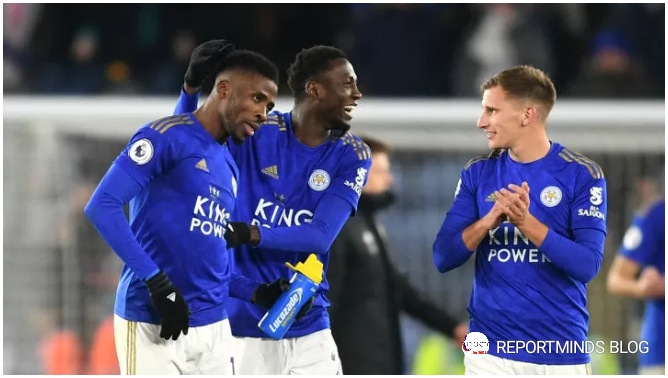 Kelechi Iheanacho, Leicester City’s hero in a vital 2-1 win over Everton has given himself a new nickname after his game-winning strike was awarded by VAR.

The Nigeria international scored in the 95th minute to complete a come from behind win for the Foxes, but the goal was initially ruled out for offside. A video review overturned the on-pitch decision and Iheanacho was free to celebrate his first league goal in over a year.

The result sees his team move into second place in the Premier League table.

The former Manchester City man scored the first goal ever awarded by VAR in England in the FA Cup in 2018, and he gave himself a new nickname after today’s performance, which also saw him assist Leicester’s equaliser for Jamie Vardy.

“I’ve been waiting for this opportunity,” he told Sky Sports after the game. “I knew one day it’s going to come. I’m happy today to get the goal and assisting Jamie.

“You can call me Mr.VAR!

“I knew it was a goal. I was onside. Happy that VAR gave me it.”

Vardy scored for the sixth consecutive game, and took his league-leading tally to 13 in the process.

The ex-England man felt his high-flying team deserved some breaks and that his sometime strike partner had earned his opportunity.

“We’ve had decisions go against us at the other end and we deserve it,” he told Sky.

“We were having a few chances but they were coming from a bit further out.

“Kelechi caused a few more problems for the defenders, he got us into space and he got the winner which he deserves. He thoroughly deserves this.”