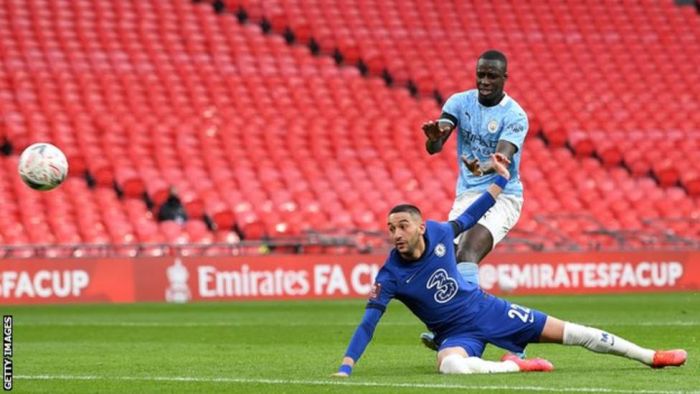 Chelsea ended Manchester City’s hopes of winning an historic quadruple as they edged a closely-fought FA Cup semi-final at Wembley. 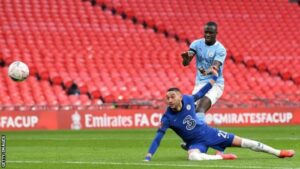 Chelsea ended Manchester City’s hopes of winning an historic quadruple as they edged a closely-fought FA Cup semi-final at Wembley.

City and Chelsea had both secured their places in the last four of the Champions League this week – but Pep Guardiola’s side had their sights set on a unique haul of four trophies as they close in on the Premier League title and also face Tottenham here in the League Cup final on 25 April.

Chelsea had other ideas, however, and they deserved the victory given to them when Hakim Ziyech slid home Timo Werner’s pass in the 55th minute to set up an FA Cup final against either Leicester City or Southampton.

Watch the Highlight below:

Share
Do You Know That Ahmed Musa Will Play For Free At Kano Pillars? (Read Details) Previous post
Not All Rich People Who Run Mad Did Rituals, Some Of Them Did Drugs – Singer Dencia Next post