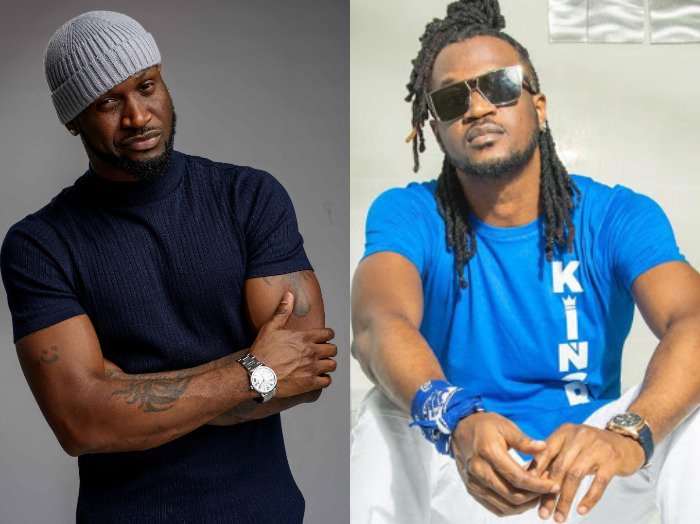 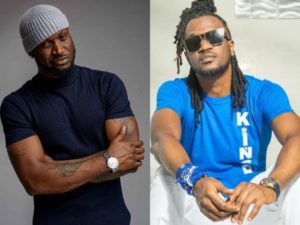 Why will you promise to give someone 60 million when you cannot actually do it. Audio Money, I call it noise money 😂

On the 17th July 2019, Mr P who is a strong supporter of disqualified big brother housemate, Tacha took to Twitter to declare that he will give her 60 million if she doesn’t win the BBNaija reality TV show. 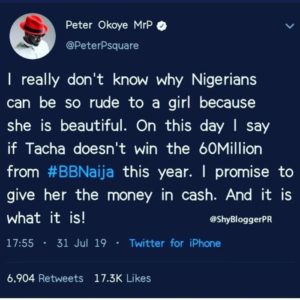 It’s crystal clear now that, this Tweet would have prompted his Twin brother and former P’sqaure mate to sing “Audio Money” and release September 2nd 2019.

Audio money is a song directed at people living fake life on social media, posing as if they have millions on social media when their account balance is struggling.

Rudeboy knew his twin bro Mr. P was just making mouth and now the reality is out, Tacha has been disqualified as a result of assault on Mercy in the house.

The social media people have started asking Mr. P about the 60 million he promised Tacha, you won’t believe that this guy denied and even promised to give anyone that can bring out that bring out that Tweet 10 million.

Baba had to change it to he will make her make 60 million 😂😂 When you have to lie another lie to cover your previous lie.

At this point, I have come to conclusion that “Audio Money” is Paul (Rudeboy) revealing Peter’s (Mr. P) fake lifestyle or what do you guys think?