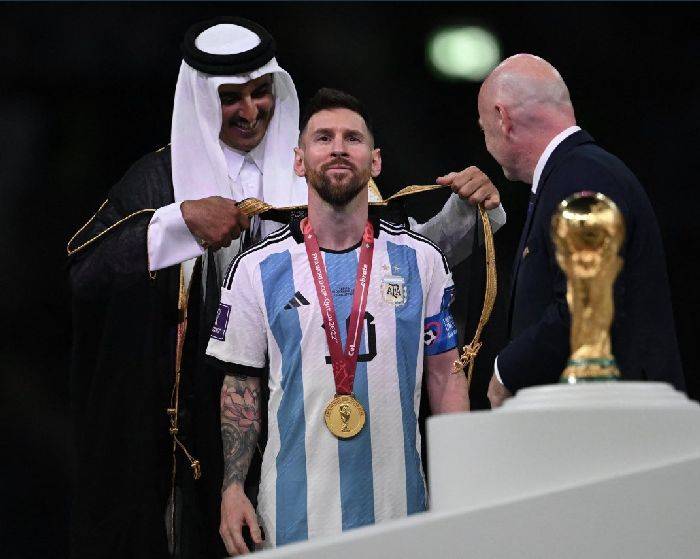 DO YOU AGREE? Lionel Messi Is Better Than Pele & Maradona

Atletico Madrid captain, Koke, has tipped his hat to Argentina’s Lionel Messi and claimed that there should not be a debate about who is the GOAT (Greatest Player of All Time).

Messi led Argentina to win the FIFA World Cup on December 18 for the first time since 1986.

The Paris Saint-Germain forward finally got his hands on the one trophy (World Cup) that evaded him for most of his career.

While many believe Messi’s 2022 World Cup victory in Qatar has seen him put his GOAT debate with longtime rival Cristiano Ronaldo to the sword.

Several others feel Messi is, at the moment, the GOAT, ahead of the likes of Brazil legend Pele and late Argentina legend Diego Maradona.

But Koke has now become the latest footballer to side with Messi in the GOAT debate.

According to the Spanish midfielder, the former Barcelona captain has proven himself time after time.

“It’s the title he was missing. He’s the best player of all time. He has proved it with great regularity: goals, assists, making his team play,” Koke told Spanish sports daily Diario AS.

“He’s justly deserving of winning the [FIFA] World Cup, and we must congratulate him. There’s no discussion about who’s the best in the world.”