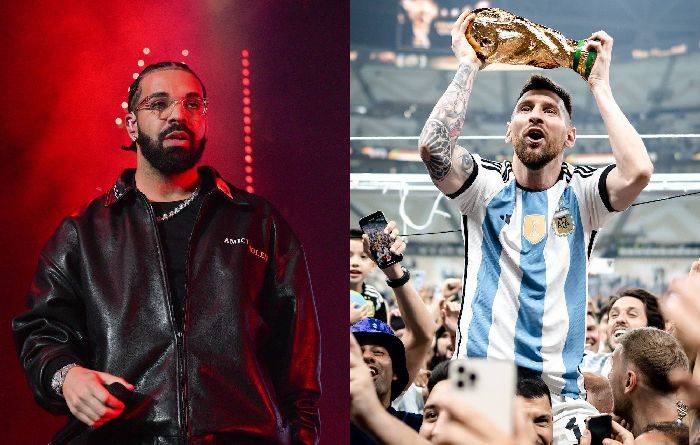 Drake Loses A Whopping $1 Million Despite Argentina Win Over France

Drake Loses A Whopping $1 Million Despite Argentina Win Over France

Drake prior to the match, had backed the La Albeceliste(Argentina) to win the match. The rapper, however, lost his money based on the rules of the betting platform.

See the bet slip below:- 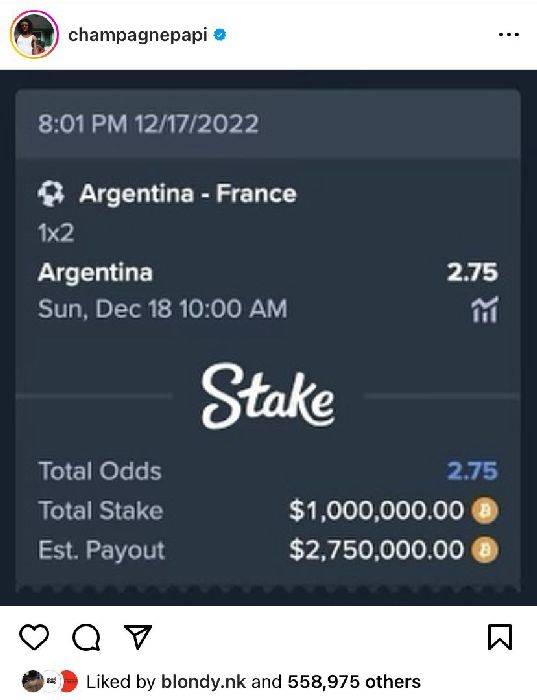 Drake “bet in a market where extra time isn’t counted and the result is determined based on the score after 90 minutes of play”, according to FoxNews.

The match had ended in a thrilling 2-2 draw at 90 minutes, before both teams added one goal each at extra time, sending the game into penalties with Argentina winning 4-2 to emerge champions.

Drake had in November lost $2milliion Canadian dollars after placing a bet on Israel Adesanya, the last stylebender, to beat Alex Pereira.