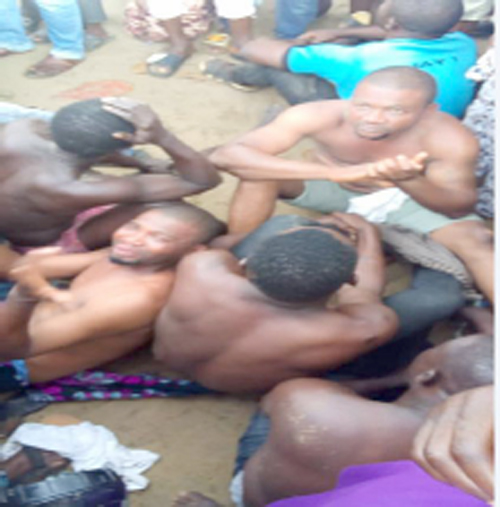 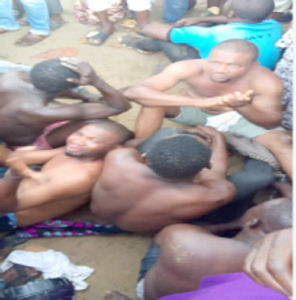 Eight suspected members of a robbery gang that had been terrorizing residents of Ijegemo, a Lagos suburb, met their waterloo Wednesday, following their arrest.

The suspects according to residents, stormed the area at about 4am, carting away the telecommunication Base Transceivers Station and Masts equipments. Before gaining access to where the transceivers station was mounted, they tied up the private guards assigned to man the facilities, with rope.

Residents who were alerted by the private guards’ shouts for help came to their rescue. In the process, eight suspects were arrested while others escaped into the dark. Thereafter, the suspects were handed over to Military Personnel assigned to provide security in the community. Some BTS equipments and a Toyota Sienna Car with registration number MUS 628 FF were recovered from the suspects.