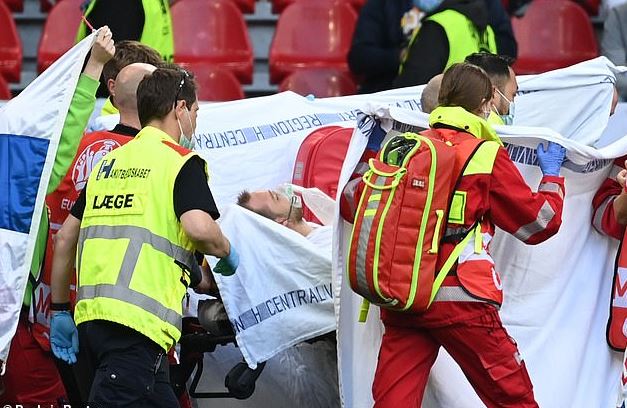 Christian Eriksen is unlikely to play football again and Italy may ban the Inter Milan player from competing again if he has suffered a cardiac arrest, according to a leading cardiologist. 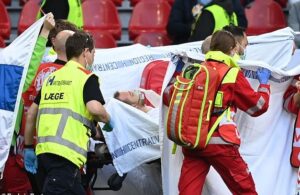 Christian Eriksen is unlikely to play football again and Italy may ban the Inter Milan player from competing again if he has suffered a cardiac arrest, according to a leading cardiologist.

The 29-year-old collapsed on the pitch during Denmark’s Euro 2020 match with Finland on Saturday afternoon with a suspected cardiac arrest – with reports claiming the midfielder’s heart stopped for five minutes on the pitch.

The Denmark captain needed to be resuscitated and was stabilised by the time he was transferred to hospital, though there are still fears over his long-term health and his playing career.

Dr Scott Murray, a leading NHS consultant cardiologist specialising in prevention of heart problems, claims Italy pride themselves on their record of preventing cardiac arrests in football – so the Danish player’s problems will likely spell the end of his time in Serie A.

He told the MailOnline:

It probably is (the end of his career) for him. The Italians stop people participating in sport if they are found to have a significant cardiac abnormality, it’s in law.

‘They’ve been doing that for a long time, beyond 20 years and they’ve reduced the death rates from cardiac arrests in sport from beyond 3 per cent down to below one per cent.’

The Inter star went to ground unchallenged mid-way through the match in Copenhagen and received immediate CPR treatment from medical staff already present at the stadium.

The match as postponed just after 6pm on Saturday evening and Eriksen was then seen sitting upright whilst being stretchered off with an oxygen mask on his mouth.