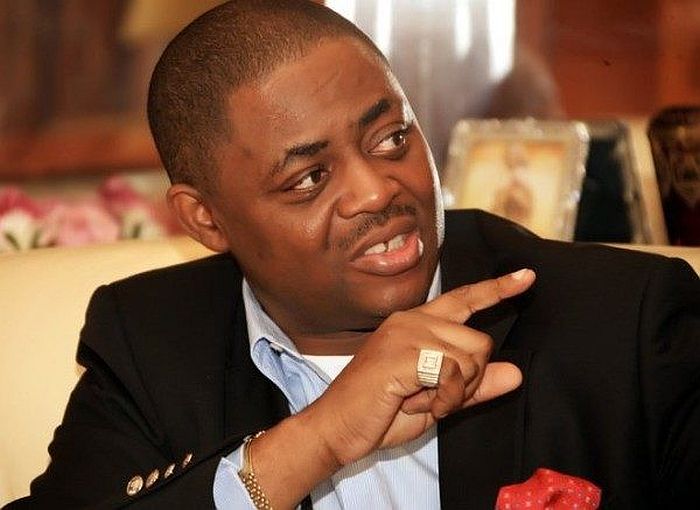 Former Aviation Minister, Femi Fani Kayode has revealed in a recent video which was shared online, the names of the five people that are holding the country right now. 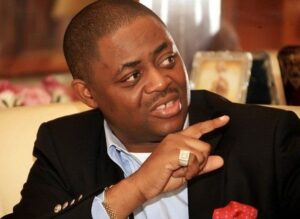 Former Aviation Minister, Femi Fani Kayode has revealed in a recent video which was shared online, the names of the five people that are holding the country right now.

Femi who has been known for several controversial speeches mentioned Sunday Igboho and Gani Adams for the Southwest, Nnamdi Kanu for the Southeast, Obadiah Mailafia for Middle Belt, and President Buhari who represents the north.

He said these are the people that are presently holding the country for now.

Sunday Igboho holds the Yoruba people because he is in control of the Yoruba nation agitators.

Gani Adams is a Nigerian activist, politician, and respected leader in the Odua Peoples Congress, he has influence in Nigeria too, he controls the southwest.

And President Muhammadu Buhari controls the northern part of Nigeria and represents their interest more in the presidency.

FFK said these five people mentioned need to meet them with love to assuage their feelings and make them understand the present situation of the country. He added that a formula must be adopted to avoid another war.

In the video, the politician said that politicians may act like all is well ahead of 2023 election, but there may be no country for elections by that time.

There has been serious agitations among several sects for the division of the country with the Arewa, Oduduwa, and Biafra leading the cause.

With the recent happenings unfolding in the country including the Boko Haram crisis, the Fulani Yoruba clash, and several other disagreements among the major tribes, the division is looking more like it.

With the country boasting of several other giants and godfathers such as former president OBJ, Tinubu, and others, the question is

Is Fani Kayode Right About This List Of 5 People Who Are Holding Nigeria?

Share
I Am Not In Support Of Yoruba Nation, Governor, Rotimi Akeredolu Tells Igboho After Rally In Akure Previous post
UNIABUJA Graduate Who Went To Collect Her Result Found Dead & Nak3d Inside Gutter (Photos) Next post