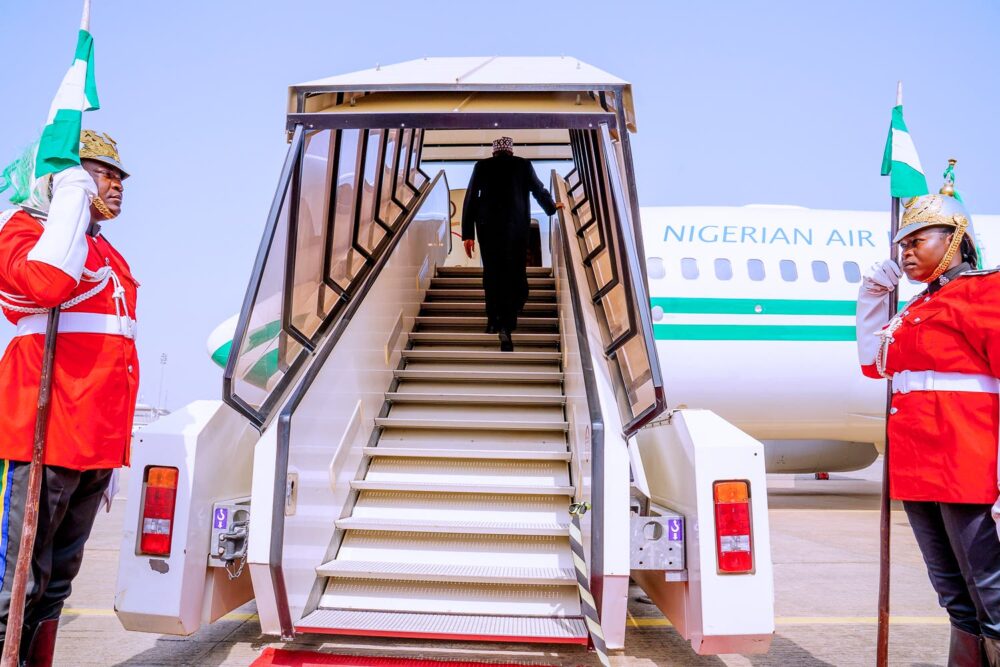 ABoeing Business Jet (Boeing 737-700) marked 5N-FGT owned by the Nigerian government has incurred parking charges of at least N95 million since it was taken to Germany for repairs. 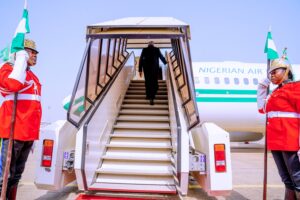 ABoeing Business Jet (Boeing 737-700) marked 5N-FGT owned by the Nigerian government has incurred parking charges of at least N95 million since it was taken to Germany for repairs.

SaharaReporters had reported how the presidential jet developed a fault while the President and his entourage were returning to Abuja from the UN General Assembly in the US on Saturday, September 25.

Sources said the aircraft was subsequently moved to Euro Airport in Germany on September 29 and arrived at 4.15 pm after leaving the Nnamdi Azikiwe International Airport at 9.48 am, with the Nigerian government paying €5,000 (Euros) per night as parking fee.

To avoid any backlash, the Reporters gathered that the registration of the 5N-FGT aircraft was done using AMACGND.

“The Presidential Boeing Business Jet registration number 5N-FGT developed a fault during his trip from New York. He travelled to Saudi Arabia with a smaller jet. A Falcon 7X jet with registration number 5N-FGV. No picture of his departure to Saudi Arabia was released to avoid the public knowing about the jet he travelled with,” a presidential source had told Reporters.

“The one that developed (a) fault has been moved to EuroAirport Basel Mulhouse Freiburg, Germany for repairs since September. It is registered and operated under another name AMACGND. They intentionally hid it and parked it under another name because it costs €5,000 for parking per night.”

This means by Monday, November 08, the Muhammadu Buhari-led government has paid €195,000 (N92 million) as parking fee for the aircraft, which has spent 39 days there.

This excludes the millions of naira being spent on the repair of the jet.