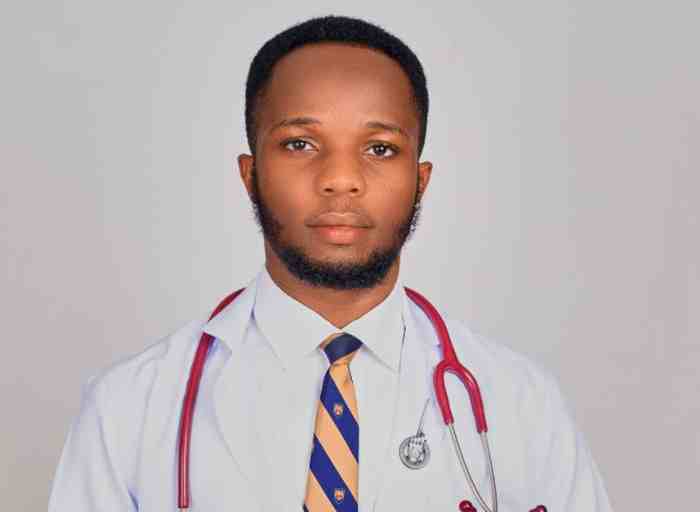 Forgive Your Cheating Wife, You Will End Up Raising Another Man’s Children” – Dr Penking

Twitter influencer and medical doctor, Dr Penking, has stated that if a man catches his wife cheating and he forgives her, such a man will eventually raise children that are not his own.

Forgive Your Cheating Wife, You Will End Up Raising Another Man’s Children” – Dr Penking

Penking who is known for his controversial views on marriage stated that a man should never forgive his cheating wife.

This is because such a wife would get pregnant for her side-cock and make her husband raise the children as his own without his knowledge.

“The reason men should never forgive cheating wives is that, forgive her once, and you’ll end of raising other men’s children”.

In reaction to this some Twitter users shared their own views. See some comments below;

” Very strong statement but the truth dey there wella”.

“Always add vice versa when sending messages on marriage, relationships or paybacks on any gender”.

“Na everybody dey see why e should fear women online “.

“Same should go for men”. 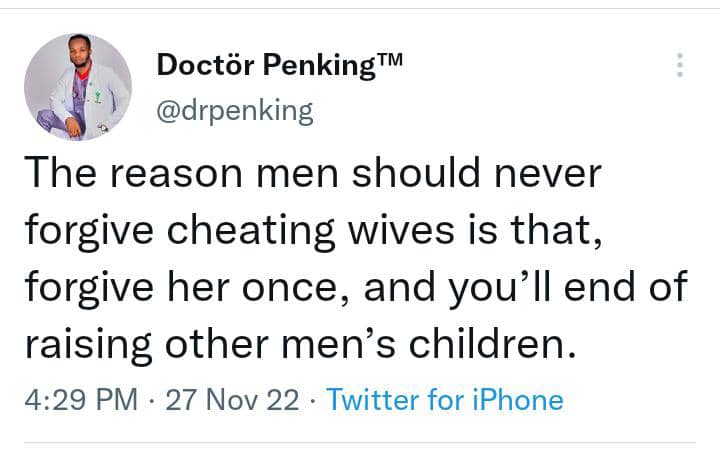