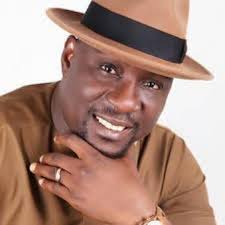 The Speaker of the Bayelsa State House of Assembly, Tonye Isenah may have resigned from his position going by unfolding developments towards the November governorship election in the state.

Isenah (Kolokuma/ Opokuma Constituency 1) who was elected Speaker of the Sixth Assembly in June finally bowed to pressures mounted by the leadership of the Peoples Democratic Party (PDP) in the state to resign for a new Speaker to emerge from Southern Ijaw Local Government Area.

However the decision by the All Progressives Congress (APC) to give its governorship ticket to Chief David Lyon from Olugbobiri in Southern Ijaw Local Government Area and the anger of the people in the area following the inability of PDP  governorship aspirants from there to clinch the PDP governorship ticket with fears that the people would queue behind Lyon, forced the PDP leadership to request Isenah to vacate office so that the incumbent leader of the House, Hon Monday Bubou Obolo(Southern Ijaw Constituency 2) could be elected Speaker to placate the people of the area.

Since the request to resign was made known to Isenah over a week ago, he had resisted the pressure to step down arguing that doing so before February 2020 would not guarantee victory for the party in the governorship election.

Information gathered that unable to bear the pressure especially with prominent leaders from the state appealing to him, Isenah informed his colleagues on Friday that he would resign to allow Obolo become Speaker in the interest of the party.

Investigations revealed that barring any last minute change of plan, Obolo would emerge Speaker on Monday September 30 with Isenah believed to have presided over the last plenary session on Friday.

Isenah was said to have dropped the hint of his resignation during what could be termed as a valedictory meeting with staff of the House of Assembly shortly after the plenary session.

“Yes, the Speaker met with workers of the Assembly and addressed them on his stewardship for the past three months. He told them that by Monday he would no longer be Speaker and enjoined the workers to cooperate with the new leadership. He asked for forgiveness from whoever he might have offended in the course of his duty as the Speaker of the Assembly” said a source at the meeting.

Investigations revealed that aside the Speakership position and that of the Director- General of the PDP Governorship campaign already given to Dr Nimbofa Ayawei also from Southern Ijaw, other appointments would still be given to politicians from Southern Ijaw to shore up the support base of the party in the area.

Apaingolo, an indigene of Koluama Community in Southern Ijaw Local Government was posted to Ministry of Youth Development to enable him have more access to youths for effective mobilization for PDP governorship candidate, Senator Douye Diri.