Nigerian megastar, Wizkid has reacted to the lyric “Abi Kin Pe Rexxie” from the popular song by Naira Marley and Skiibii as well as producer Rexxie.

The starboy himself, Wizkid, appears to have caught the viral virus that has taken over major radio stations, social media, and digital streaming services. This fever was likely sparked by the producer Rexxie‘s big track, “Abracadabra,” which also features Naira Marley and Skiibii.

Wizkid admitted that the catchy sentence “Abi Kin Pe Rexxie” kept jumping into his brain every two minutes and that he was unable to get it out of his head.

According to all indicators, artistes are also enamored with that line in addition to music fans. . 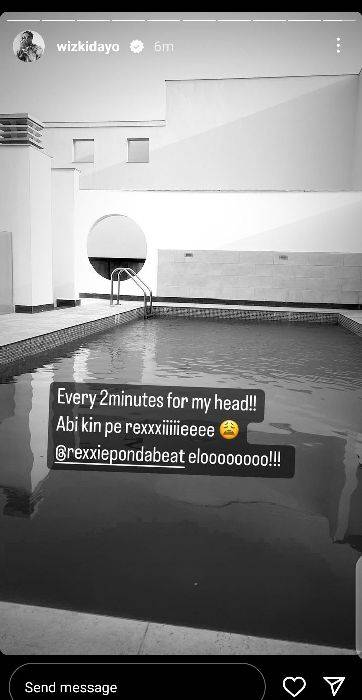