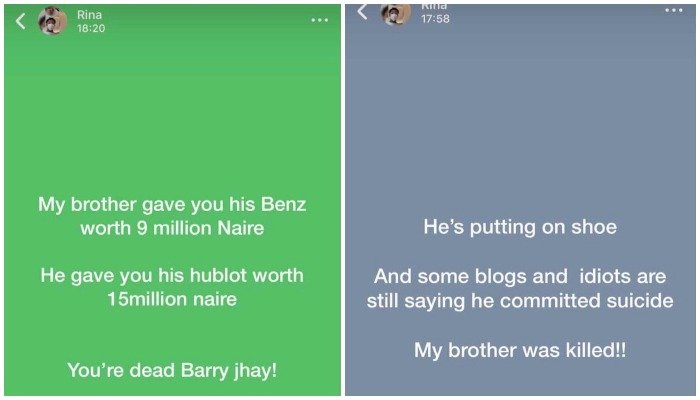 We just received the report of the deceased of Barry Jhay’s label boss, Babatunde Oyerinde Abiodun known as Kashy 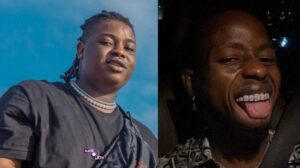 We just received the report of the deceased of Barry Jhay’s label boss, Babatunde Oyerinde Abiodun known as Kashy

He was confirmed dead today and the cause of his death was labeled suicide by some sources who claimed he’s battling depression and as a result he threw himself out of his balcony.

Emerging reports have claimed that Kashy’s death is not suicide, the incident happened after he had a fight with his artiste, Barry Jhay.

How Barry Jhay Got Linked To Kashy’s Death

However, before Kashy’s death, Barry Jhay had released a video showing his mouth dripping with blood saying he just got beaten by his label boss Kashy for doing nothing.

According to what he said in the video, he was just recording in the studio before Kashy whom he described as Jew (cultist slang used to refer to someone who does not belong to a cult group) rushed in and started beating him.

After wondering why a Jew got him beaten to pulp, it was gathered that some group of Cult men in Ghana visited Kashy’s residence and the visitation led to his death.