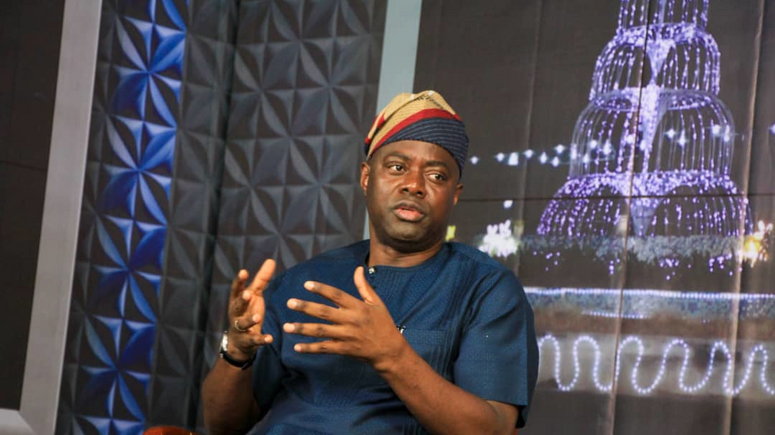 ‘I Once Sold Bread,’ Makinde Gives Reason For Not Chasing Traders Off The Street Governor Seyi Makinde of Oyo State has given reason why he has not chased traders off the streets of the state.

According to IgbereTV reports, Makinde said his decision was as a result of his experience as a boy street trader at Yemetu, an Ibadan neighbourhood.

The governor said this at the Oja Oba Central Mosque, Ibadan, during a special prayer to commemorate his 52nd birthday.

He said, “Somebody said that I was quoted as saying that I would not chase away street traders without providing them with alternatives. Yes, that is true because I know the mentality of street trading. I once sold bread by the roadside in Yemetu.

“I said so because we cannot send them away until we provide an alternative for them. And we have started enforcing that. We did that at Ojoo where we asked people not to trade at the point where we want to situate our modern terminus.”

Makinde thanked the people for praying with him and wishing him well.

He said, “Your prayers are important to me. It doesn’t matter if we have a multitude. What we have here is a quality crowd.”

Share
Ice Prince x Bluef7ame – “Give A Phuck” Previous post
A Big Congratulations to Khafi/Gedoni whom Seem Desperate To Tie The Knot Before The End Of This Year... Next post

Nigeria My Country! How Gunmen Kidnapped DPO In Nasarawa And Demanded N5m

Unmarried Players And Fans Will Be Jailed For Having Sex During 2022 World Cup, Qatari Gov Says

NSCDC Arrest Businessman For Connecting 21 Fridges To Streetlight In Maiduguri