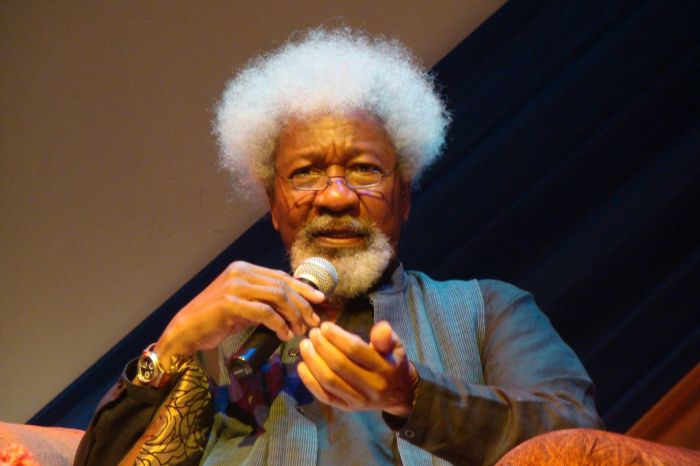 Nobel Laureate, Wole Soyinka, has backed the six weeks ultimatum given to President Muhammadu Buhari, by some federal lawmakers to find a solution to terrorism or be impeached. 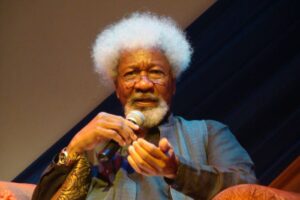 Nobel Laureate, Wole Soyinka, has backed the six weeks ultimatum given to President Muhammadu Buhari, by some federal lawmakers to find a solution to terrorism or be impeached.

Soyinka spoke on Tuesday in Abeokuta, Ogun State, during an interactive session organised to celebrate the 50th anniversary of Abeokuta Club.

The session had a Senior Advocate of Nigeria, Femi Falana; the Registrar of the Joint Administration and Matriculation Board, Prof. Ishaq Oloyede; a lawyer, Gbenga Adeoye; a businessman, Ogo-Oluwa Bankole; and the spokesman of the Electricity Distribution Companies, Sunday Oduntan, as panellists.

Its theme “Good governance or mis-governance: The contract called democracy.”

Soyinka, who was the session’s moderator, noted that the President should be impeached because he had breached the contract of democracy.

“Democracy indicates a contract, that is why the candidate puts on a manifesto. On the basis of that manifesto, the candidate is either accepted or rejected.

“Very often, the grounds for breach of contract, I think we all agree, is mis-governance and one of the ways of breaking this kind of contract we know even before the duration of a contract is known as impeachment.

“The reason we will go by some legislators to impeach the President who is the head of government. In fact, one cleric has gone even further. He believes that the impeachment should take place not in the legislative home but in the bush with the kidnappers and he appealed to the kidnappers to quicken the process by impeaching the President and take him away and some of his aides and one or two governors.”

Share
Man Collapses After Losing N200k Loan At Bet9ja Shop (Video) Previous post
Teacher Who Had Sex With A 13-Year Old Boy In Classroom, Moves Into His Home (Photo) Next post