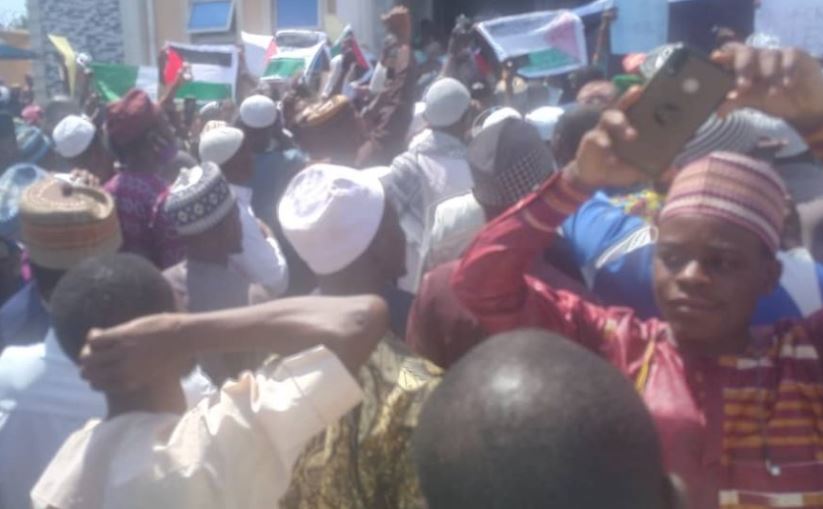 MUSLIMS in Oyo State have staged a protest to express their support for Palestine, condemning the Israeli government for the recent havoc wreaked on Palestinians. 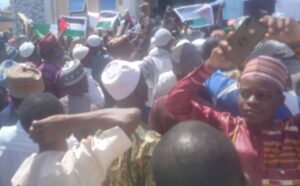 MUSLIMS in Oyo State have staged a protest to express their support for Palestine, condemning the Israeli government for the recent havoc wreaked on Palestinians.

The protesters were led by the Muslim Students Society of Nigeria (MSSN), National Council of Muslim Youths Organisations NACOMYO), the Muslim Congress (TMC), and Organisation of Tadhamunul Muslimeen (OTM) in Ibadan, the state capital, on Monday.

They were seen carrying various placards with inscriptions like “Israel is a terrorist state,” “Free Palestine, Stop the Killing,” “This is not conflict, it’s genocide,” and “Free Palestine, Resist Israel apartheid.”

Former Osun State House of Assembly Speaker Mojeed Alabi, who spoke during the event, called on governments worldwide to speak up and condemn what he called ‘injustices’ being perpetrated against the people of Palestine by Israel.

While noting that the current situation in Palestine was a grave injustice against humanity, Alabi called on nations worldwide to pressure Israel to stop attacking Palestine.

“The issue of crisis in Arab and Jews states in Palestine has become something that is troubling the whole world,” he said.

“Whatever happens in any part of the world has the tendency of affecting all other parts of the world, the people in the Middle-East who are facing the heat are human beings.”

”As a member of United Nations that subscribes to the idea of human rights, we should try as much as possible as a nation to uphold human rights for all manner of people,” Alabi stated.