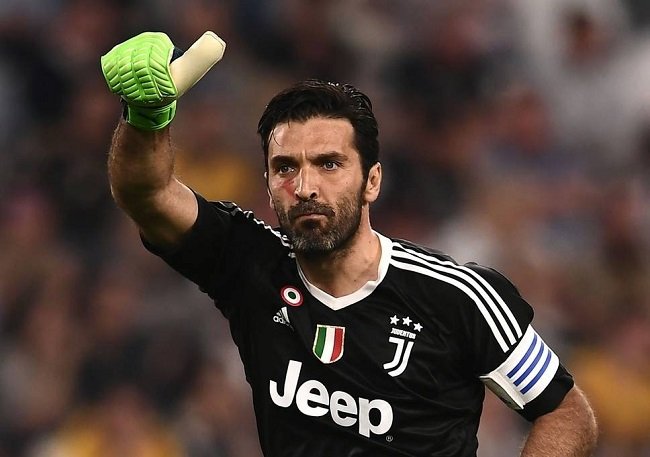 Juventus Goalkeeper Buffon, Fined (See What He Did)

Juventus goalkeeper Gianluigi Buffon was on Thursday fined 5,000 euros ($6,000) by the Italian Football Federation for blasphemy. 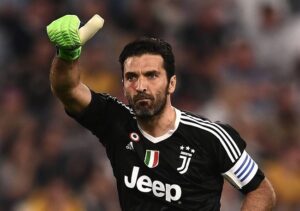 Juventus goalkeeper Gianluigi Buffon was on Thursday fined 5,000 euros ($6,000) by the Italian Football Federation for blasphemy.

The 43-year-old Italian World Cup winner, who escaped a ban for the offence, was overheard using a “blasphemous expression” towards teammate Manolo Portanova during Juve’s 4-0 league win over Parma on December 19.

Buffon, who holds the record for Serie A matches played with 653 to date, was not caught on camera but there was an audio recording of the incident.

Since 2010, the Italian FA have taken disciplinary action against several players and coaches heard disrespecting God or the sacred.

But the penalties have increased this season with empty stadiums allowing the microphones and cameras to capture heated exchanges between players and coaches.

AS Roma midfielder Bryan Cristante and Lazio’s Manuel Lazzari were both suspended for a match this season for “blasphemous” remarks.

The Italian federation is also probing an altercation between Inter Milan’s Romelu Lukaku and AC Milan’s Zlatan Ibrahimovic on the pitch in January, and Inter coach Antonio Conte and Juve president Andre Agnelli on the sidelines of an Italian Cup game last week.