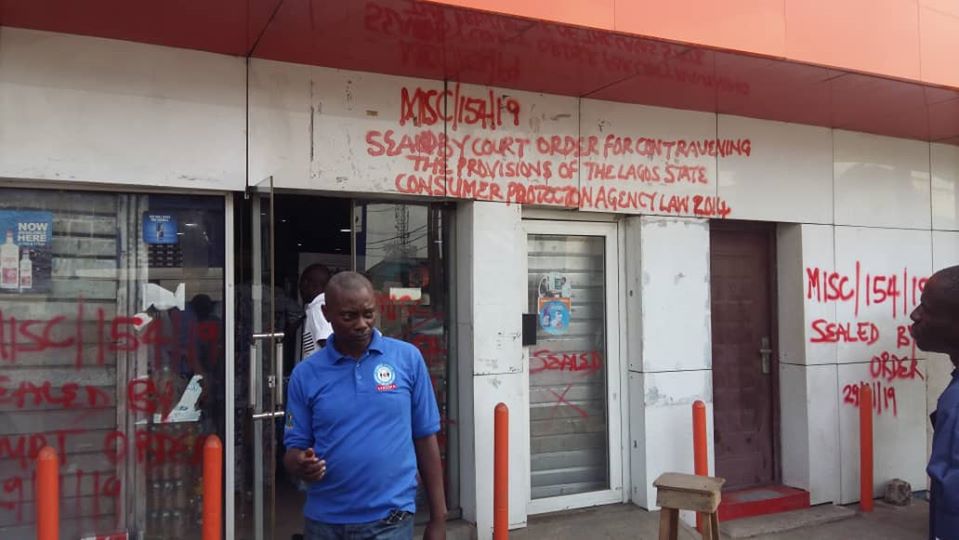 A supermarket in Surulere, Lagos, Big Boss Supermarket, has been sealed by officials of the Lagos State Consumer Protection Agency (LASCOPA). The store was shut down by government last Friday for allegedly selling expired products to unsuspecting members of the public.

A statement from the agency explained that it swung into action in a bid to ensure the safety of consumers from the purchase of unwholesome products and guarantee their satisfaction.

According to the statement, the management of Big Boss Supermarket had continued to display and sell expired products to its customers contrary to the provisions of the Lagos State Consumer Protection Agency Law of 2014

Section 4(a) of the Lagos State Consumer Protection Agency Law of 2014 empowers LASCOPA to protect consumers against the marketing of goods and services which are hazardous to the consuming public.

The Chief Magistrate of the Consumer Court in Lagos Mrs Dani-Oni, issued an order in Suit No. MSC/154/19 for the seal up of the supermarket which was executed by officials of the agency

It would be recalled that Monitoring Team of LASCOPA on a surveillance inspection visited the supermarket earlier in the year and discovered expired products on display in the shelf and issued a Compliance Notice to the supermarket.

According to the agency, during a revisit, another set of expired products were found on the store and the Supermarket Manager allegedly called the bluff of the agency, saying they could do their worse.

“The continuous display and sale of expired products by the supermarket necessitated the court action pursuant to the promotion of Section 4 of the Consumer Protection Law of Lagos State,” the statement said.

LASCOPA, in the statement, reiterated its commitment to ensuring the safety of consumers from all forms of unwholesome products and charged consumable product producers and marketers to prioritize the interest of consumers.