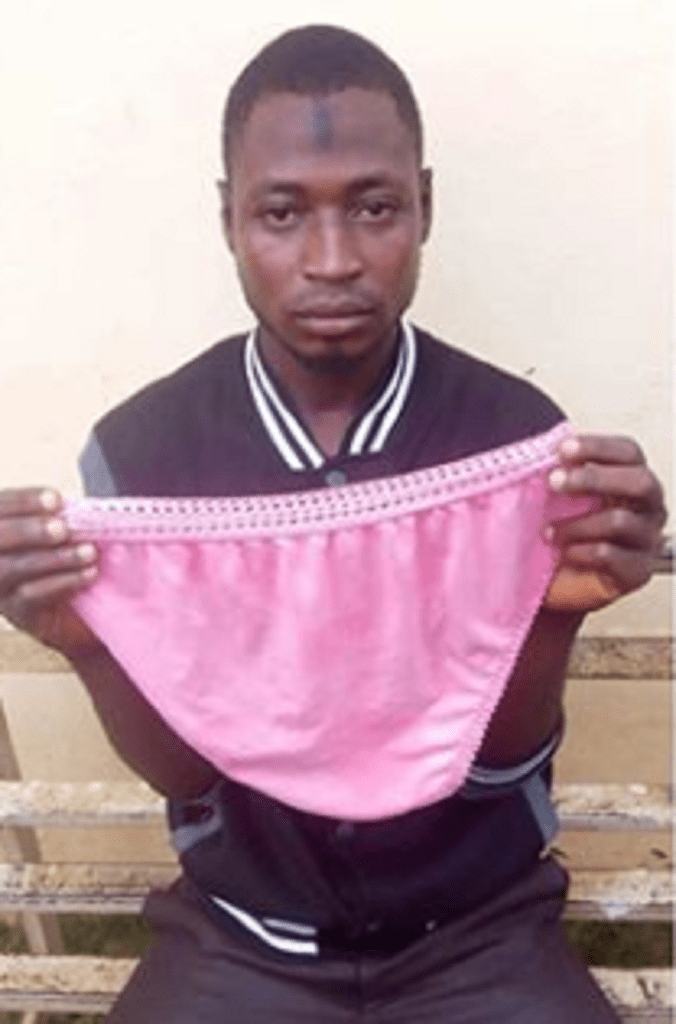 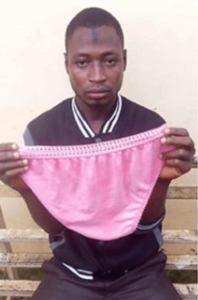 The suspect who stole the pregnant woman’s panties was nabbed inside the Ibrahim Badamasi Babangida University, Lapai, Niger State and has since been handed over to security operatives. You would recall that eports of people stealing panties from washing lines started emerging early last year and it has lingered till now.
The internet fraudsters who are majorly young men were fingered in the diabolic act of wicked ritualism. 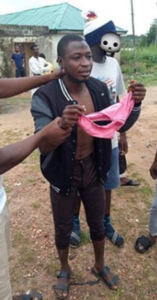 According to reports, the implication of this is that the victim whose panties were used for rituals might fall sick, die mysteriously, run mad or be bewitched with ill-luck till her last day on earth.