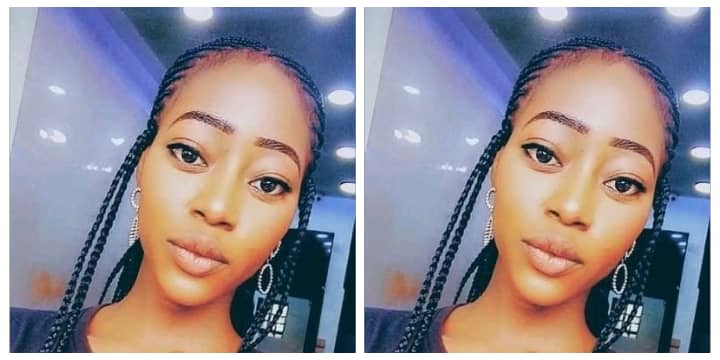 A Nigerian man has reportedly called off his wedding because his fiancee, the bride, paid her exboyfriend a visit after their engagement ceremony

The story which was shared on Twitter by a lady identified as Josephine and who is also the bride’s friend.

She stated that her friend’s wedding was supposed to hold in December but her fiancee called it off after he found out that she visited her exboyfriend after their traditional wedding.

According to her, the bride only paid her ex a friendly visit but the groom would have none of it. He therefore called off the wedding.

“My Friends wedding that was supposed to take place by december was called off today, her Fiancé discovered she visited her ex boyfriend after their engagement,she said it was just a friendly visitation 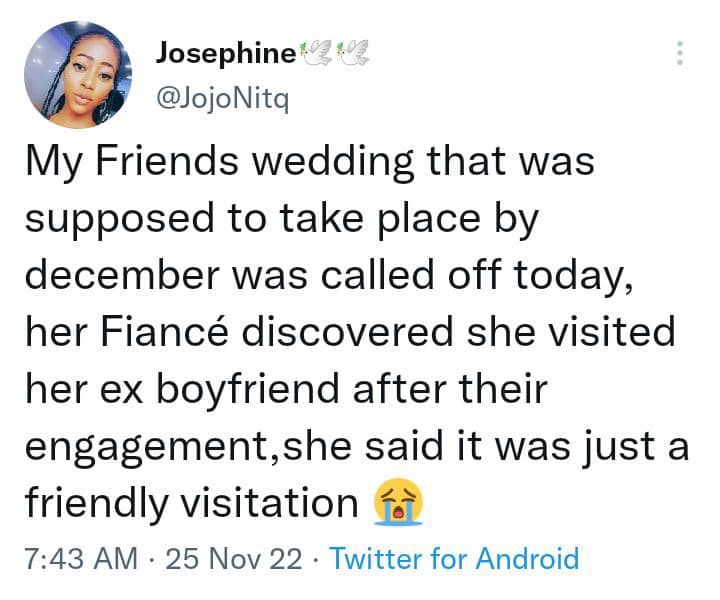 In reaction to this social media users took to the comments to express their views. See some comments below;

“Dude doesn’t have money to waste on “DNA” whatever”.

“Me and my exes are enemies oo. God will not allow us to see problem

Turn Up Every Friday With Infinix Nigeria And Stand A Chance To Win 1Million Naira And Smartphones Previous post
Tinubu Hit Atiku, Obi as He Commits Another Slip of Tongue at Delta Rally of APC Next post