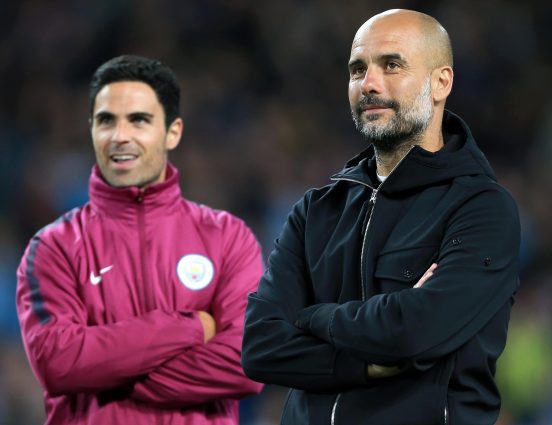 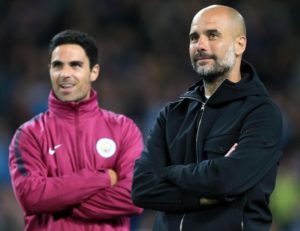 Manchester City will not stand in Mikel Arteta’s way if he wants to become the new manager of Arsenal, several British media outlets reported Monday. Reports added that while Premier League champions City were unhappy at a lack of a formal approach for Arteta, currently an assistant to manager Pep Guardiola, they will stop the Spanish midfielder joining Arsenal.
Arteta played for north London side Arsenal and he has also been linked with the managerial vacancy at Premier League rivals Everton, another of his former clubs. But speculation that Arteta could be returning to north London as the successor to sacked Gunners boss Unai Emery intensified when pictures emerged of managing director Vinai Venkatesham outside his house in the early hours of Monday morning. City won 3-0 at Arsenal on Sunday but reports said no approach for Arteta was made when club officials met during the game.
It is understood two meetings have taken place and City are unhappy that the London club did not ask for permission to speak to Arteta. Defeat left Arsenal as close to the relegation zone as they are the top four and meant interim manager Freddie Ljungberg has won just one of his four league games since the former Gunners midfielder was brought in following Emery’s sacking last month. Arsenal are on a run of just one win from 12 games and Nicolas Pepe, their club-record signing, said the players had to take the blame for a woeful run of results. “Us players have to do better quickly,” he said. “We have won only one game out of the last 12. It is not enough, we are Arsenal. “It is about us, not the coach or anything else. We have to wake up quickly, starting against Everton.”