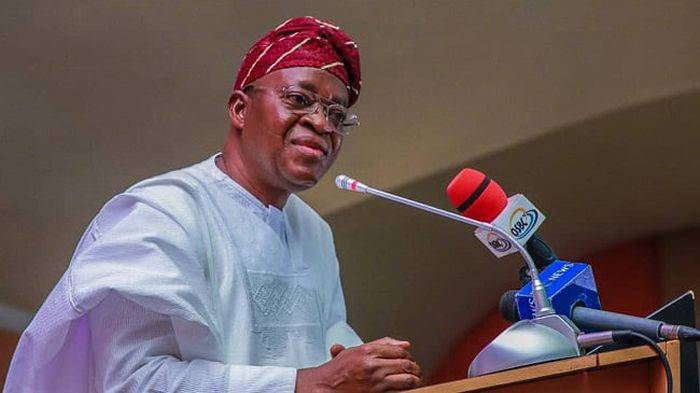 Gboyega Oyetola, the state’s most recent governor, and his wife Sherifat have been ordered to forfeit any official vehicles they now possess by the asset recovery commission established by the Osun government.

The news was released on Friday by Olawale Rasheed, the governor’s spokesperson for Ademola Adeleke.

The instruction also applies to previous state appointees, according to Tokunbo Salami, the chairman of the asset recovery body, who made the remark.

Salami added that there is no law in the state that authorised any elected or appointed officials to leave with state vehicles after the completion of their tenure.

“Due diligence has been conducted and the committee has concluded that the affected past officials should return government vehicles in their possession.

“This is the first batch of vehicles to be retrieved. We will soon come up with the second batch.

“All affected officials should return the vehicles in their possession immediately to avoid coercive procedures for recovery of state assets.

The wife, Mrs Kafayat, also has in her possession several brand of governments vehicles which were taken away against provisions of the law.”

Other affected former appointees include those who served as special advisers, local government caretakers, board chairpersons, commissioners, and secretary to the state government.

“The former Deputy Governor has more than seven government vehicles in his custody contrary to the provisions of the law,” the statement reads.

“All affected ex-officials are to urgently comply with the above request or risk enforcement procedures.”