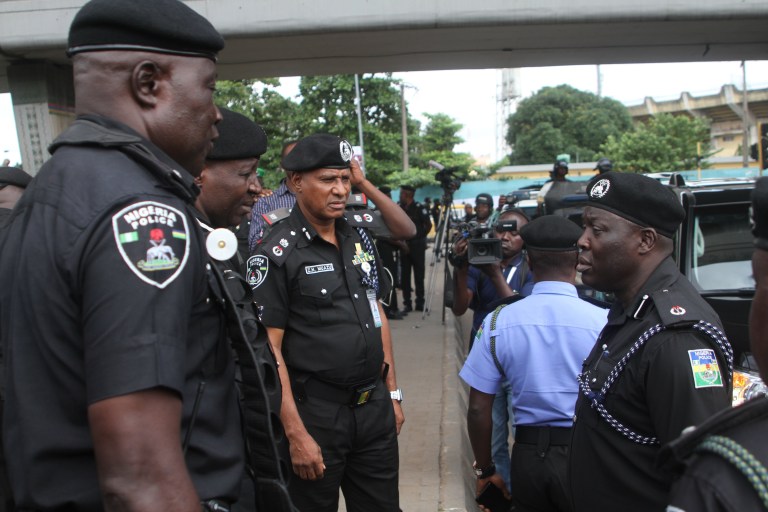 Operatives of the Inspector-General of Police Special Intelligence Response Team, IRT, have busted a syndicate which specialize in buying and selling little children, Oyo, Lagos and Akwa Ibom States. Also arrested were 25-year-old, Blessing Steven and her husband, Israel Ariyo, who sold two of their children to the syndicate for N350,000. 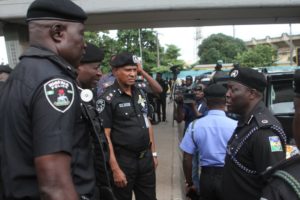 Information gathered that six suspects, Blessing John,27, Itoro Anthony 40, Una Ekong 58, Mforbong Itoro and Blessing Steven and her husband Israel Ariyo, were arrested by operatives of the IRT, after a four-year-old boy, was stolen by a member of the syndicate, Blessing John, in July 2019, at Ikota area of Lagos State and was taken to Akwa Ibom State, where he would be sold for N350,000.

It was gathered that the stolen child, Ojo Ifapounda, wailed uncontrollably when he was taken to the leader of the syndicate, Mforbong Itoro, who organizes the syndicate’s sales of little children to its buyers, from her base in Akwa Ibom State and was brought back to Ojota area of Lagos State, abandoned in a church before he reunited with his family. It was learned that Ifapounda’s parent wrote a petition to the Inspector General of Police, Adamu Mohammed, alerting him about their child’s disappearance and the IGP detailed his operatives at the IRT, headed by Deputy Commissioner of Police, Abba Kyari, in Lagos State, to investigate and have the child re an hunt for Blessing John, who was seen last with the child. Sources disclosed that that Blessing John was trailed to the home of her friend, Blessing Steven in Ibadan Oyo State, where she was arrested alongside her friend and her husband and during interrogation, it was discovered that her friend, Blessing Steven and her husband Israel Ariyo, had sold two of their children to the syndicate in Akawa Ibom State. Saturday Vanguard learned that Blessing Steven sold her second child, a five-day-old baby to Mforbong Itoro, in 2015, for the sum of N100,000 and she sold her last child in May 2019 as well, to Itoro for the sum of N250,000. She eventually ran into trouble in July 2019 after Itoro demanded to buy another child from her. Steven told Saturday Vanguard during an interview that when Itoro made the third demand, she called her friend, John and informed her about the business of selling children since she couldn’t conceive and deliver a child at that time, she needed John to help her steal a child. She said that adventure was what got her into trouble.

Narrating her story Blessing Steven Said; ” I am a hairstylist but I was a secondary school drop out. In 2008 I had a boyfriend known as Julius Abang and one year into our relationship I had a male child for him and I was living with my parent when I had the child and my mother was the person taking care of the child for me. “In 2012, I travelled to my village for a burial ceremony and I met a guy who held me down and we dated for two years and he chased me out of his house in 2014 when I became pregnant for him. One of my friends took me to Mforbong Itoro, who we normally call Mumssy, at Nsit Ubiom Local Government Area of Akwa Ibom State and the woman offered to take care of my pregnancy and after my delivery, she will take my baby from me and pay me off with the sum of N100,000. She told me that she was going to give my baby to someone looking for a child. “The baby was two-days old when I gave it to her and I don’t know where the baby is at the moment. I went home and I took the money to learn hairstylist. I learned the job for six months after which I came back to Ikota, Ajah, Lagos in 2016 and I got a househelp job at Lekki County Estate, where I met, Isreal Ariyo, “We became friends and in 2018 I got pregnant for him, but Ariyo lost his job and we moved to Ibadan his home town. I delivered my last child in May 2019, but Ariyo suggested we should sell the child because he has no money to take care of the child. “I took the five-day-old baby to Mumssy in Akwa Ibom State and she paid me N250,000 for the child and I sent N100,000 instantly to Ariyo and I kept the rest to myself. I came back to Ibadan and opened a foodstuff business with it. But before I got back to Ibadan, Ariyo had informed his family members that my child was dead so people believed me.

“In July 2019, Mumssy called me and told me that she needed another child for sale and I called my childhood friend Blessing John and told her that a woman needed a child, she then stole a baby and one week later and brought the baby to me and my husband was aware of the deal and I took the baby to Akwa Ibom state and handed it over to Mumssy, but three days later Mumssy called me and told me that she had a dream and she saw policemen looking for the lady who gave me the baby and she said I should take the baby back to the lady. “I took the back and handed over to Blessing and I asked her to take the baby back to his parents but when she was on her way she told me that her sister called her on the phone that if she brings the child to Ikota that the people in that area will kill her. So she told me that she took the baby to her church in Ojota. “