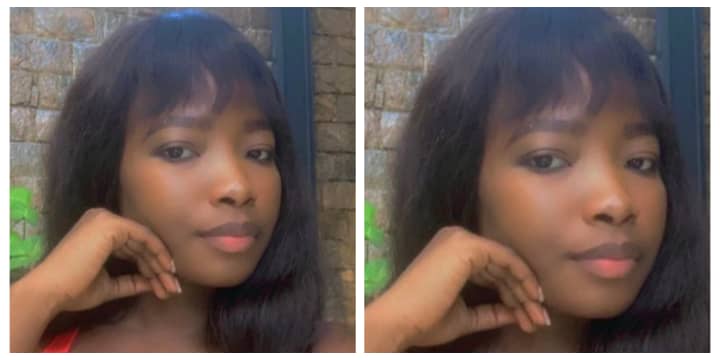 A Nigerian lady identified as Tolz has taken to the microbogging platform and revealed that her ex boyfriend who dated her best friend wants her back.

The lady stated that the guy who she earlier dated broke up with her and dated her best friend. According to her, her heart was shattered when the incident happened but she moved on.

The lady added that she worked on herself and she is now more presentable and her ex wants her back. She therefore described men as scum.

“Men are scum, this guy shattered my heart he left me for my bestfriend now he wants to come back, because I am now hot”. 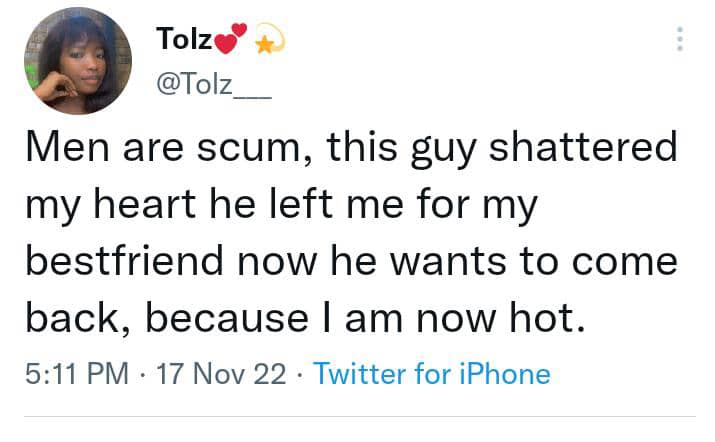 NosyKid wrote: “You are not hot my dear. We men are not sexually satisfied. He wants to taste you and leave you again”.

Chinemerem wrote: ” lol accept and see if he will not leave again”.