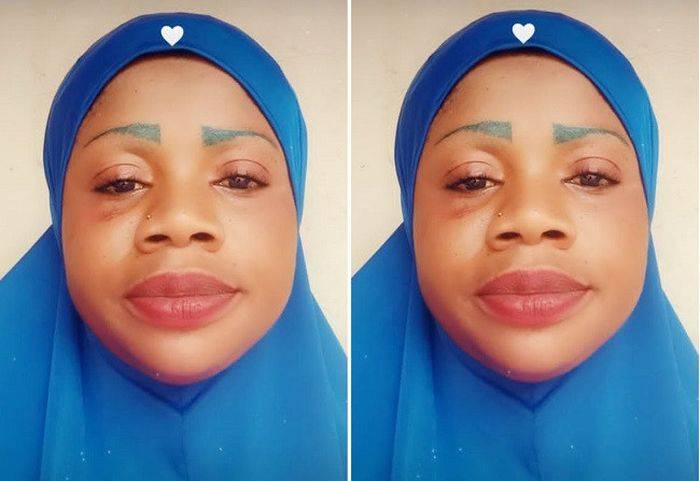 Nurse Arrested In Ogun For Allegedly Injecting 22-Year-Old Graduate In The Nerve, Causing Permanent Disability to His Leg (Photo)

A 35-year-old auxiliary nurse has been arrested.

Police in Ogun state arrested Jimoh Ganiyat for allegedly injecting a 22-year-old graduate, Omosebi Tomiwa, in the nerve and thereby causing permanent disability to one of his legs.

The suspect who has been parading herself as a registered nurse in the Arigbajo area of Ogun State was on Monday, December 19, 2022, arraigned before an Itori Magistrate Court presided over by Mrs O F Adeduntan.

She was charged before the magistrate on a 5-count charge bordering on negligence and reckless treatment of the victim as well as malicious assault on the victim and the mother.

The accused person also reportedly after committing the act threatened the life of the victim as well as that of his mother.

It was gathered that the accused person in the process of treating the victim for malaria and typhoid injected him in the nerve thereby causing disability to one of his legs.

The charge against the nurse read:-

“That you Jimoh Ganiyat ,f, on the 2nd of May 2022 at 1 Olorunsogo Street, Arigbajo, Ewekoro, Ogun State recklessly and negligently commit an act on one Omosebi Tomiwa by not giving him proper medical precaution and by endangering his life and thereby committed an offence contrary to section 343 (i ,e f ,g ) of Criminal Code Laws of Ogun State of Nigeria 2006.

“That you, Jimoh Ganiyat on the 2nd day of October 2022 at about 21:15 hrs at the same place in the same magisterial district did assault one Mrs Omosebi Toyin by inflicting injuries on her body and thereby committed an offence punishable under Section 351 of the Criminal Code Laws of Ogun State 2006.”

Speaking with newsmen, the victim said:-

“In May, I was not feeling fine and the woman, who was then known as a nurse was invited to treat me. Then, I didn’t know that she was not a registered nurse.”

“She gave me three injections and I shouted at her to remove it when I felt a very sharp pain. Three days after that the pains became unbearable and one of my legs was completely deformed.”

“It has really affected me. I could not be mobilised for my National Youth Service Corps (NYSC) programme. I am supposed to be in service now but the pains are too much.”

“The worst thing is that she abandoned me and later became very violent after being told that it would require a major operation to treat my deformed leg.”