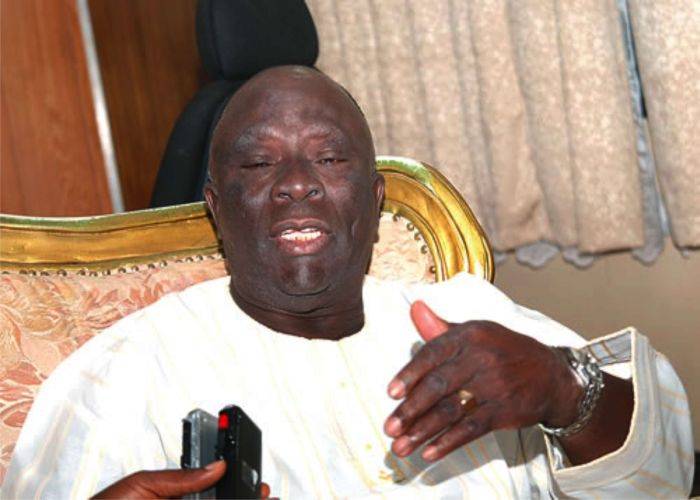 Analysts have also speculated that the former president, Obasanjo is leaning towards the LP candidate, though he has not done so publicly.

Obasanjo, Adebanjo and Obi were present at the Ohanaeze Ndigbo headquarters in Enugu last Saturday to sign the condolence register for Mbazulike Amaechi, Nigeria’s first minister of aviation, who died on November 1.

In an interview with Punch, the Afenifere leader said their support for Obi’s candidacy has made both of them become friends.

Adebanjo had criticised Obasanjo in the past over his handling of certain national issues, and in 2018, the Afenifere leader had said the group cannot have anything to with Obasanjo.

The Afenifere leader said there are no “personal issues” between him and Obasanjo, adding that the duo had agreed that Obi is the “man” to lead Nigeria in 2023.

“The problem we have right now is not ethnic, it’s national. For me, the first thing that is important in a leader is character,” Adebanjo said.

“The problem we have had over the years is that we don’t have leaders who have the right type of character for which they should be entrusted with a leadership role.

“So, if I put my finger on anything or anybody, it is because comparing one with another, I see that there is merit that would be of benefit.

“What unites us is Nigeria. All the time I disagreed with him, there was no personal issue. It was on this issue of Nigeria and we agree it should be better. We all agreed that Obi is the man.

“That is why we are friends. And that was what we made clear to the people of the east. It was the question of Nigeria and we were able to demonstrate the importance of Obi’s victory in the election. Even people who do not agree on things agree on this one.

“That is to show you that we elderly people are united in one thing: bring Nigeria together. We are not looking at the past; that will not help us now.

“What will help us is to amend all the evil things that the Buhari government has done.”