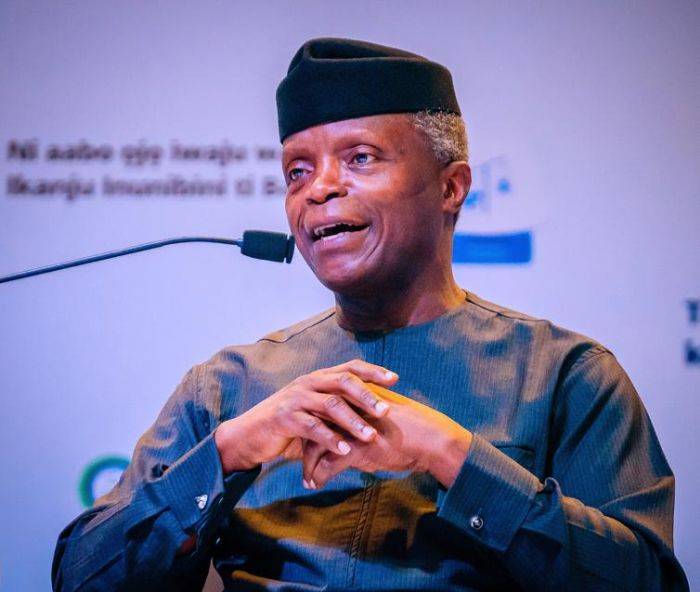 Osinbajo Absent As APC Flags Off Campaign In Jos

Vice President Yemi Osinbajo on Tuesday refused to attend the flag-off of the All Progressives Congress (APC) campaign rally.

Osinbajo Absent As APC Flags Off Campaign In Jos

The rally, according to the APC Chairman, Abdullahi Adamu, was to present the party’s flag to its presidential candidate, Bola Tinubu, who said he gave out his slot to be Buhari’s running mate to Osinbajo.

While President Muhammadu Buhari is present at the rally, Gkingmusik reports that Vice President Osinbajo is nowhere to be found.

It is not immediately clear why the Vice President is not at the campaign rally held in Jos, the Plateau State capital.

Many had a few weeks ago raised concerns over why Osinbajo is not a member of the APC Presidential Campaign Council headed by President Buhari.

It was rumoured that Osinbajo had deliberately distanced himself from Tinubu’s campaign committee for reasons best known to him.

It is being said that Osinbajo is still bitter over his loss of the APC presidential primary election to Tinubu.