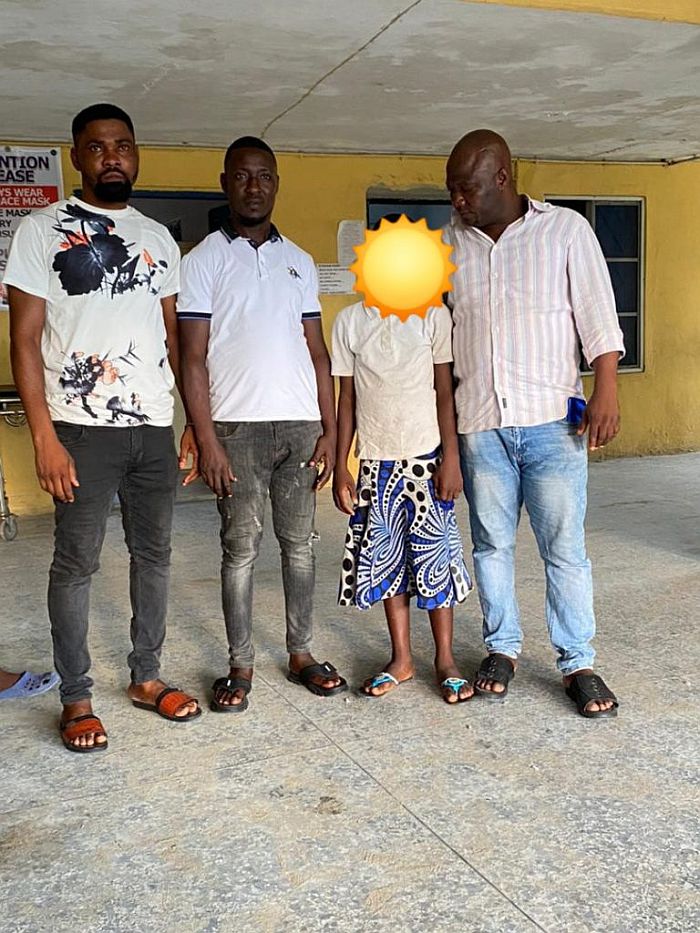 A Deeper Life Bible Church has been arrested for defiling his friend’s 10-year-old daughter. 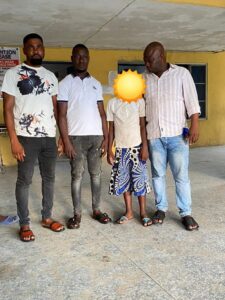 A Deeper Life Bible Church has been arrested for defiling his friend’s 10-year-old daughter.

The pastor identified as Jonah Agbenor was apprehended in Delta state.

It was gathered that the incident happened at Ekrokpe community in Ughelli South Local Government Area of the state.

Human Rights activist, Israel Joe, who disclosed this on Tuesday, May 25, said the suspect is currently being detained at Otu-Jeremi Police Station.

He further disclosed that the incident has left members of the community in shock as the accused happens to be a close friend to the father of the victim. 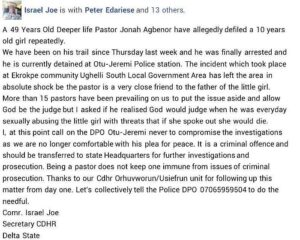 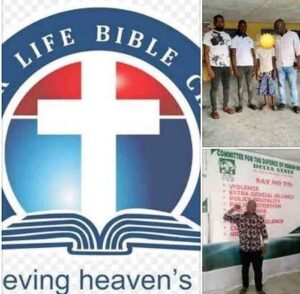