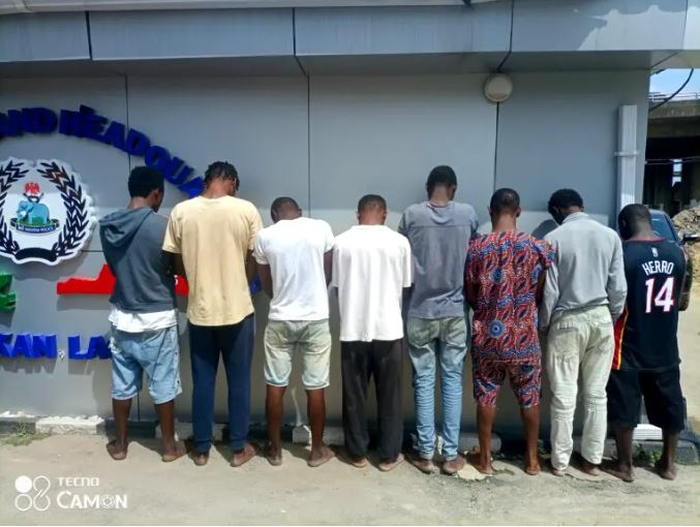 Parading the suspects before journalists, the Zonal Public Relations Officer, SP Hauwa Idris-Adamu, disclosed that the suspects confessed to being members of different confraternities. 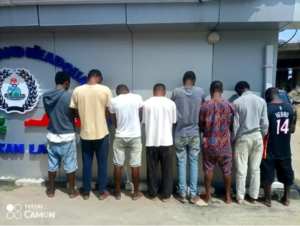 Parading the suspects before journalists, the Zonal Public Relations Officer, SP Hauwa Idris-Adamu, disclosed that the suspects confessed to being members of different confraternities.

They were arrested in connection with the attack on the convoy of the Presidential candidate of the All Progressives Congress, APC, Asiwaju Bola Tinubu, last month in Lagos.

Tinubu, who returned to Lagos on Sunday, June 19, 2022, after emerging as his party’s flag bearer in the presidential primaries that took place at the Eagles Square, Abuja, had visited the palace of the Oba of Lagos, Rilwan Akiolu same day.

However, on his way out, some armed hoodlums attacked his convoy, shattering the windows of the press corps bus with stones and machetes and injured some journalists in the process.

Buhari To Nigerians: You Would Be Grateful If You Knew What Some Countries Are Experiencing Previous post
Lagos State Govt Adds Baba Ijesha’s Name To List Of Sexual Offenders Next post