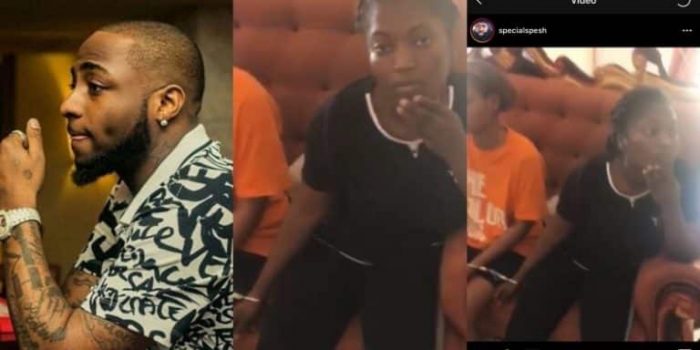 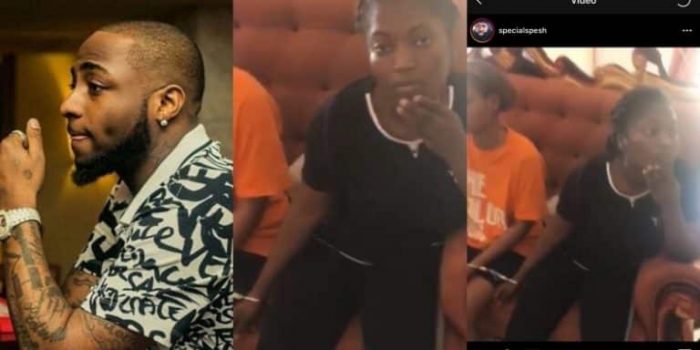 The Lagos State Police Public Relations Officer, Bala Elkana, has faulted Edward Ijah, the sidekick of popular musician, Davido, for handcuffing and parading the two women who accused Davido of impregnating one of them, a report by Punch has revealed.

Recall that Davido’s hype man, known as Special Spesh, today posted a video on Instagram showing the two women, Helen and Susan, handcuffed and sitting on a chair in a living room.

Spesh could be heard telling one of the ladies to lift up her head or get a slap in the face.

He subsequently told them they were in trouble for “deformation (sic) of character.”

Davido also posted a smiley in the comment section, laughing over the treatment meted out to the women.

Speaking with The PUNCH on Tuesday, however, the police spokesman said it was wrong of Davido and his team to take the law into their own hands.

Elkana said a citizen has the right to arrest another person and hand over to the police immediately.

He said no citizen had the right to parade another citizen.

Elkana noted that a popular rich man, Onye Eze, was arrested earlier in the year for arresting a popular blogger, Blessing Okoro, who had taken photos of his house, claiming ownership of the property.

The police spokesman said, “Even if someone defamed your character, you are to hand over the person to the police immediately but to parade them is wrong.

The person being paraded has the right to sue. Private citizens have no right to parade another person.

“Not all policemen even have the power to parade suspects.

“You cannot be a judge in your own case. If he feels aggrieved, he should lodge a complaint and not go to effect an arrest. He cannot conclude the guilt of another person. There must be an investigation and only a court can pronounce them guilty.”

The two women had last week accused Davido of being responsible for impregnating one of them and the report went viral on social media.

Davido subsequently offered N1m to anyone who could fish out the girls.

They were subsequently arrested on Tuesday and paraded by the musician’s sidekick.