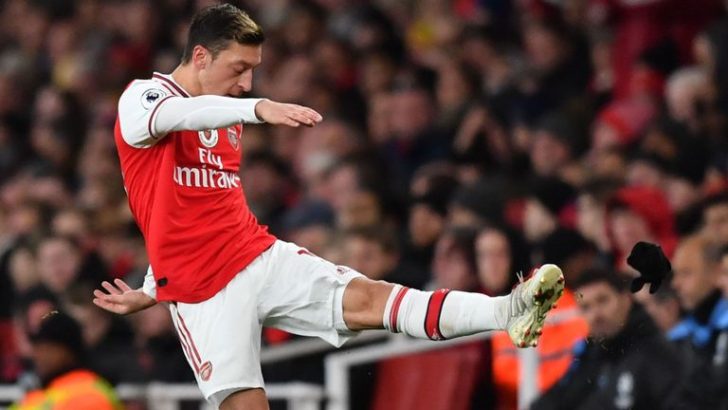 The German playmaker kicked his gloves after being removed during the second half of Sunday’s 3-0 defeat to the Premier League champions.

As a result, Ljungberg – who took temporary charge of Arsenal for the last time in Saturday’s goalless draw at Everton – said even if Ozil had been fit, he would still have left the player out of the visitors’ matchday squad at Goodison Park.

The Swede explained why he made that choice after the match.

“For me, I got asked after the game about Mesut,” he said. “He walked off the pitch [in the Man City game] and then kicked his gloves. The fans were not happy.

“I got asked about it and said, ‘At Arsenal, that’s not how we behave and not what we do’. I stand by that. Mesut was injured, but I would not have picked him for the squad because I want to make a stance that it’s not what I accept from an Arsenal football player.

“That’s my decision. I won’t make the decisions again, but that’s what I think.”