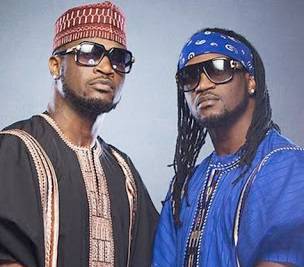 Music producer, Vtek has claimed that popular music group, Psquare, failed to give him credit for producing one of their hit songs.

He said he produced personally in 2014, but Psquare never mentioned him as the song’s producer.

The Producer disclosed this while being interviewed by Jahbless on his ‘Original Intelligence’ podcast.

Vtek also revealed that he produced most of the songs on P-Square’s album except two, and he was a young unknown producer at the time.

The sound engineer noted that he co-wrote another of their hit songs, Shekini, and the chorus was his voice.

He said that some other countries in North Africa were inviting Psquare for shows because of how big the song was in Africa.

"I produced Personally but P-Square didn't give me credit"

Kizz Daniel Observes 1-Minute Silence At His Concert In Dubai For Davido’s Son Previous post
Davido, Chioma To Be Arrested Over His Son’s Death? Next post