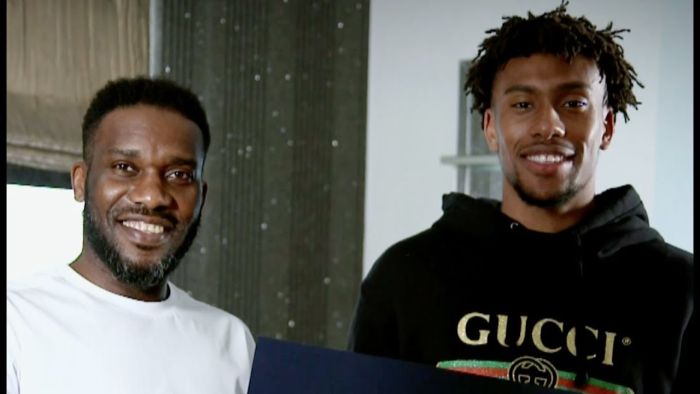 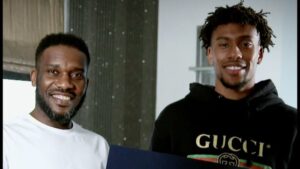 The Everton midfielder dismissed attempts by football lovers and fans of his uncle to see him play like the former team captain, who was a supremo in the No. 10 position in his playing days.

Iwobi has been tipped by pundits to fill the void Okocha left in the senior national team.

But the former Arsenal midfielder said his uncle and role model did not leave any shoe for anybody to wear; rather, he [Okocha] took the shoes along with him when he left the pitch of play.

“Yes, I admire my uncle greatly and was such a gifted star player in his playing days,” Iwobi told ThisDay.

“For me to pick his shoes because of my relationship with him means I have to leave the pitch and go back to the dressing room for such favour but that will mean I’m no longer active to do what I know best.

“I think the best answer to this recurrent question is that Okocha created a shoe for himself, no matter how big but I want to express myself and continue to develop my footballing career.

“It’s a good thing to aim to better my uncle’s achievements but he has set such a high standard that the best thing to do is to remain focused since age is still very much on my side,” he explained.

Iwobi will be expected to make coach Gernot Rohr’s XI when the Super Eagles file out against the Squirrels of Benin Republic on Saturday in the African Cup of Nations qualification match.

Nigeria will be needing just a point from the two games against Benin Republic and Lesotho to go through to the group stages of the competition in Cameroon.

Share
Minister Of Transportation Amaechi, Has Revealed What President Buhari Is Up To Previous post
Lady Shares Horrible Experience Of How She Was Gang Raped (Photo) Next post