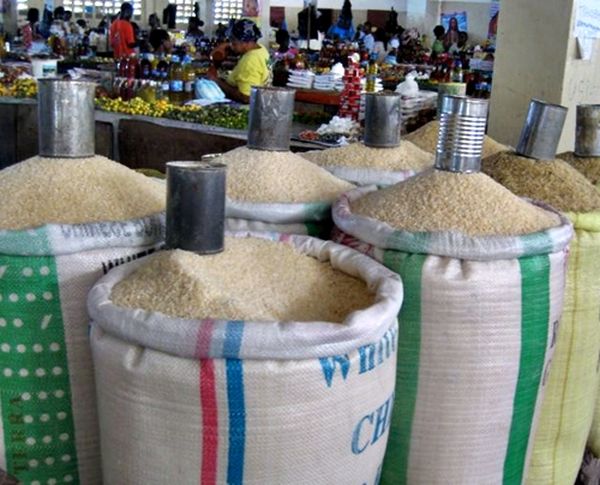 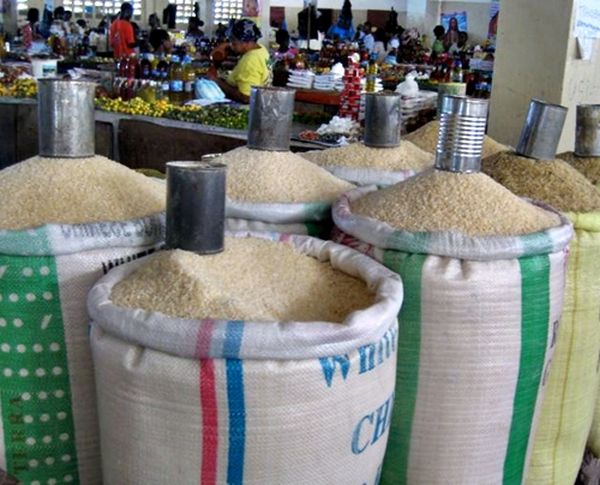 Before August 28 when the Nigeria Customs Service closed the borders against her neighbours, the price of rice was N17,000 per 50-kilogramme bag, having risen from N14, 000 a few months before.

Currently the price of foreign parboiled rice, has gone up to between N22, 000 and N30, 000, findings by our correspondent have shown.

Also, the price of local rice that is positioned to replace foreign ones on Nigeria’s dietary palate has also gone up.

This was not the case in July as data from Nigerian agriculture produce portals show.

Other staples such as noodles, chicken and mackerel (ice fish) have also witnessed price increases.

The breeder agriculture chicken sold for N4,500 in October, according to the National Bureau of Statistics, currently sells for between N5,000 and N5, 500.

The NBS in its Consumer Price Index which measures inflation stated that inflation rate hit 11.61 per cent in October from 11.24 in September, increasing by 0.37 per cent.

The bureau stated that this was the highest increase in eight months.

Some consumers said it would be tough to buy food items for the Yuletide season.

One of them, a housewife, Buky Olaoye, said, “The only way to do it is to buy items from far away markets where things are cheaper. Instead of buying foodstuffs in Ikeja, for instance, we will have to buy from Oyingbo or Egbeda.

“Also, it will be wise for two or more people to come together and buy in bulk and then share items.”

The Director General, Lagos Chamber of Commerce and Industry, Mr Muda Yusuf, said the months ahead would be tough for consumers.

He said at this time of the year, due to high demand ahead of the festive season, rice and other staples usually witnessed increase in price.

Yusuf said, “However, this year has been more severe because of the border closure as a large supply of food items comes from neighbouring countries and once that supply is suddenly cut off, then it leads to scarcity.

“Things will likely continue to be tight for consumers up till early next year and it affects other commodities apart from rice as people try to find cheaper alternatives.”

He advised the government to intensify efforts at boosting local production.

He said, “Productivity is still very low. Many farmers are still relying on the traditional method of farming. That cannot feed 200 million people.

Olawale said the same could not be said for the ordinary man in view of skyrocketing prices of food.

He said, “One had expected that the price of rice for instance would crash due to local production. A bag of rice that went for N14, 000 before border closure now sells for N26, 000.

“Turkey and chicken are now so prohibitive that other options like beef and goat meat are no longer preferred alternatives as they have also joined the league of food out of the reach of the masses.

“This underscores the fact that Nigeria is not self-sufficient in food production as wrongly assumed by the government. Workers’ take-home or pay can no longer take them beyond the bus stop.

“The masses are totally at the receiving end. Businesses especially in the hospitality sector have not fared well as the cost of stocking food is gradually becoming a Herculean task with food cost served guests per cover being increased.”

He said the border closure would not have been necessary if the government agents put in charge of manning them were efficient.

“Nigerians are choking and gradually being emasculated by this economic strangulation. Only timely interventions by government will save the situation,” he said.

Olawale argued that the passage of the new finance bill that would increase Value Added Tax, excise duties and other levies would bring untold hardship on the common man.

“Nigerians are urged to tighten their belts and prepare for real hard times as it seems government interest and economic agenda geared towards the maximisation of revenue at the expense of the welfare of the masses,” he said.

The Chief Executive Officer of Comtrade Group, an agriculture conglomerate, Mr Abiodun Oladapo, said most agro entrepreneurs had abandoned their infrastructure used in the production of food locally because smuggling of the products had sent them out of business.

He said, “These people are returning to their farms now that the borders have been shut and the demand for food is rising.

“It will take time because for chicken alone, it will take a minimum of 42 days to breed; the same for many other items.”

Oladapo, who is in support of the border closure, gave the assurances that if it was sustained, local farmers would produce enough to crash the prices of food.