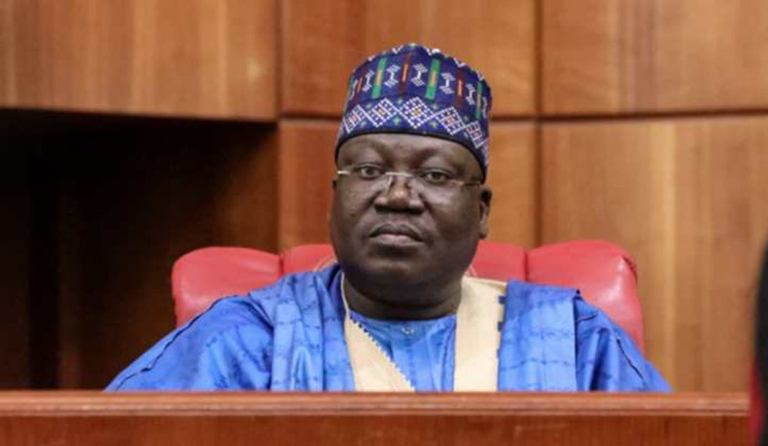 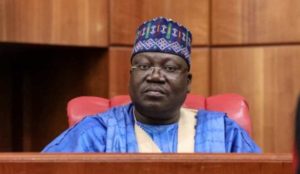 ABUJA—The Senate is now set to approve the USD30 billion loan requested by President Muhammadu Buhari. President of the Senate, Ahmad Lawan, who disclosed this yesterday in Abuja, justified the upper chamber’s position, saying the executive arm of government has provided the accompanying details, adding that the previous Senate led by Senator Bukola Saraki, rejected the request for lack of those details.
Speaking at a briefing on the activities of the 9th Senate in the last six months, Lawan said the executive has learned lessons from the past and decided to accompany the letter with the required details.
Lawan, who assured that the Senate would take a critical look at the request, approve it and also ensure that the money borrowed was tied to projects, properly, prudently and economically applied, stated: “The question of whether we will pass the loan request of the executive arm of government, yes, we will pass it. If we don’t have money and you have projects to build, how will you provide infrastructure that you need? “But one thing is that, we are going to be critical that every cent that is borrowed is tied to a project. These are projects that will have spill-over effects on the economy and we will undertake our oversight so well to ensure that such funds are properly, prudently, economically and transparently applied on those projects. “I want to inform this gathering and, indeed, Nigerians that the letter conveying the loan request of the executive came with every possible detail and, in fact, we will ensure that we are getting the right information from the executive arm of government. So, the situation is not the same. “In 2016, there were no submission of details. This time, I think the executive has learnt its lesson and the letter came with sufficient details.” On projects and oversight, he said: “You will agree with me that some projects are time- bound, so such projects suffer. Where revenues could not be enough, definitely not every aspect of the budget will be implemented. But it is our desire that every aspect of the budget will be implemented. “Coming to oversight, we want to be different this time around. Just like we had tried to be different in the processes of the budget and by the grace of God, it worked. We want to do our oversight very well. “We want to have a time that we call oversight time frame within which we are able to assess, evaluate not only implementation of the various provisions in the budget but even the generation, collection of the revenues because we need to attack or address the issue of revenue generation, collection and remittance as quickly.” Debt burden rises The controversial borrowing has drawn negative reactions across economy watchers who expressed discomfort over the nation’s rising debt burden and its sustainability measured in terms of Debt Servicing-to-Revenue Ratio, DS/RR seen above 70 per cent. Nigeria’s public debt stock as at first half 2019 was N25.7 trillion, up by 112.4 per cent from N12.1 trillion in the corresponding period of 2015, and with the new borrowing at the backdrop of a sluggish revenue growth, the debt/revenue ratio is expected to cross 70 per cent mark to become one of the worst debt ratios in the world. However, in defence of the borrowing, DMO explained that the public debt was a cumulative figure of borrowings by successive governments over many years, saying it was not appropriate to attribute the public debt stock to any one administration. DMO stated: “The proposed loans are concessional, semi-concessional, long-tenured and are for the purpose of financing infrastructure and other developmental social projects, all of which have multiplier effects in terms of job creation, business opportunities and overall increase in Nigeria’s Gross Domestic Product. Also, the benefits are long term and will serve generations of Nigerians.” Recall that President Buhari, had on November 28, written to the Senate, again, requesting the approval of 2016 – 2018 External Borrowing to the tune of $30 billion to be spent by the Federal Government on key infrastructure projects across the country.