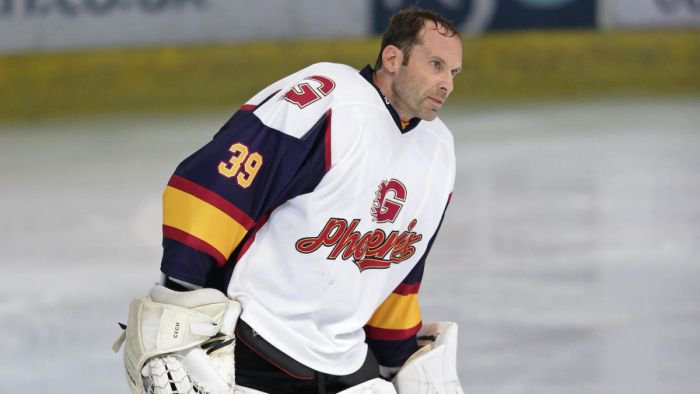 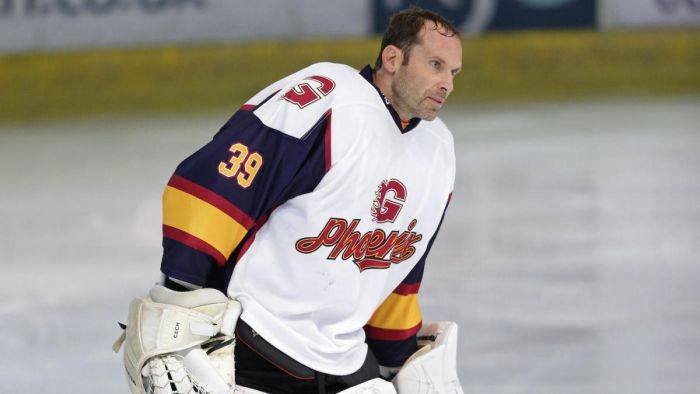 Former Arsenal and Chelsea goalkeeper Petr Cech says his ice hockey debut for Guildford Phoenix is the realisation of a childhood dream.

Cech, a Champions League winner with Chelsea, produced a man-of-the-match performance as his match-winning penalty shootout save helped his new team-mates to a 3-2 victory against Swindon Wildcats 2 on Sunday.

The 37-year-old signed for Phoenix, who play in National Ice Hockey League South 2, last week after his retirement from professional football at the end of last season.

“It is kind of a childhood dream to come and play one game, which has [now] happened,” said Cech, whose penalty save as netminder maintained Phoenix’s perfect start in the third match of the season.

“Nobody will ever take this away from me, which is really nice.”