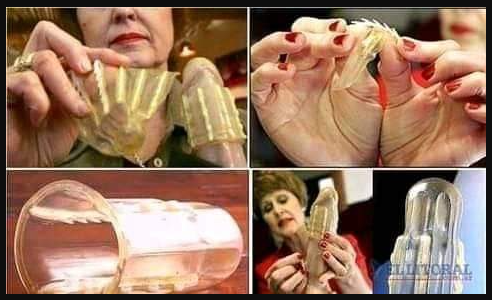 Should Nigerian Women Use This Product To Fight Against Rape?

Rape is gradually becoming an epidemic in Nigeria 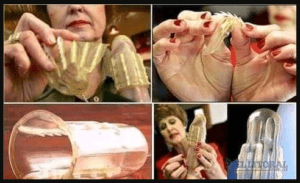 Rape is gradually becoming an epidemic in Nigeria.

Should Nigerian Women Use This Product To Fight Against Rape?

Ehlers says she was inspired by a rape victim who cried out to her. “If only i had a teeth down there,” the victim cried.

It’s like a tube with barbs inside it. The woman inserts it into her vaginal like a tampon, and any man who tries to rape her gets impaled. The man get’s hooked and seriously injured by the barb. He must visit an emergency room at the hospital before the stuff is removed from his manhood.

However, some critics have said it is a medieval punishment.

What do you think?

2023: Osinbajo In Closed Door Talk With Niger Governor Previous post
MUSIC LOVERS!! Between Tiwa Savage And Tems, Who Is A Better Singer? Next post