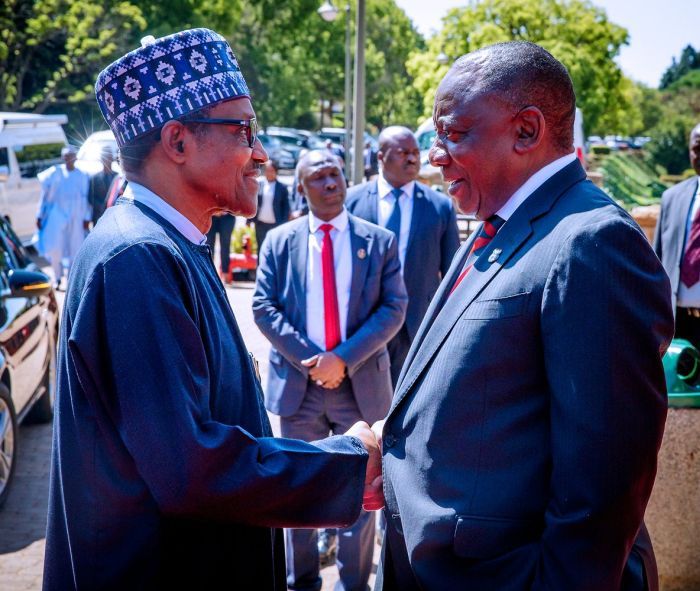 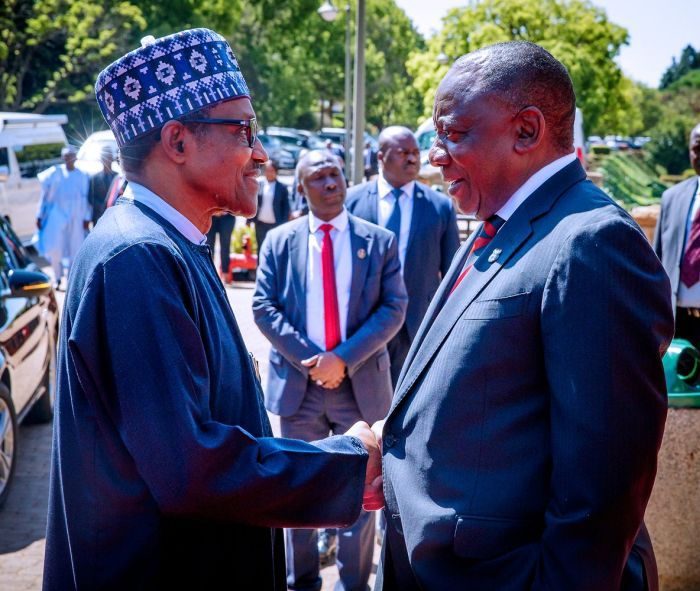 The two African leaders also co-chaired the inaugural meeting of the 9th Bi-National Commission at the seat of government, Union Building, Pretoria, on Thursday.

At the meeting, President Buhari urged the South African government to open up its economy to allow the influx of more Nigerian businesses.

The Nigerian President also urged the South African government to create a business environment that would guarantee their safety.

While stressing the need for reciprocity in promoting trade and investment between both countries, President Buhari said that South African companies had enjoyed not only the unfettered access to the Nigerian market, but protection and enabling laws as well.

In his remarks, President Ramaphosa said that the attacks on foreign nationals by his countrymen was regrettable.

He gave the Nigerian President the assurance that his government would do more to safeguard lives and property.

NAN reports State a Banquet was also organised for President Buhari by the South African government on Thursday night.

While expressing appreciation for what he described as ‘legendary South African hospitality’, Buhari invited President Ramaphosa to pay a state visit to Nigeria for ”a return match where we as the Super Eagles will surely revenge against you the Bafana Bafana!”

”Mr President and dear brother, as I said, you have overwhelmed me and my delegation with your legendary South African hospitality.”

Before he left Pretoria, today, the president had met with Nigerians in that country where he advised Nigerians in The Diaspora to always remember their country with skills, resources and talents, and work towards living decent and dignified lives that bring honour to their fatherland.

The President said he was shocked at the outbreak of xenophobic attacks on Nigerians in South Africa.

“The recent acts of xenophobic attacks on our compatriots and other Africans in South Africa are shocking to me, Nigerians and indeed Africa.

“It was an embarrassment to the continent. Let me again use this medium to condole with the families of all those who lost their lives over the years in such tragic incidents. May their souls rest in peace,’’ he added.

President Muhammadu Buhari has condemned in the strongest terms, attacks against Nigerians and other African nationals living in South Africa.

He also condemned the looting of their shops and businesses and burning of their properties.

President Buhari, who had since retired to his official residence at the Aso Rock, will on Saturday preside over extraordinary meeting of the Federal Executive Council (FEC).

NAN gathered that the meeting would deliberate on a single agenda – the 2020 budget proposal which will be presented to the National Assembly by the President on Tuesday.(NAN