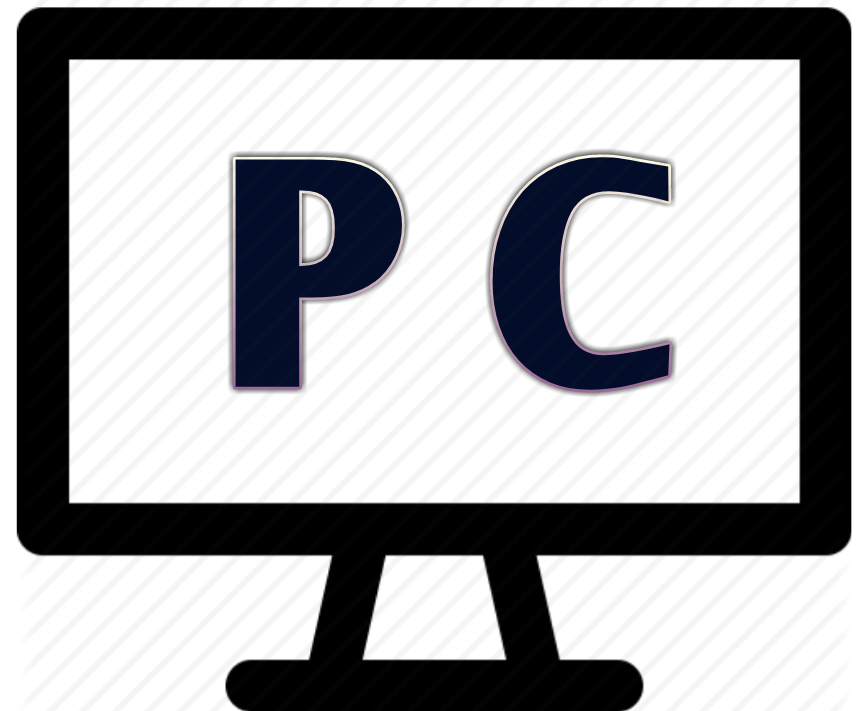 I am writing this because of Pekun at Interswitch for whom I installed Ubuntu Linux yesterday,

Ubuntu is a popular distribution of the Linux operating system which has acquired a wildly growing user base and I am one of them. Described as being Linux for Human Beings, Ubuntu is somewhere in between Mandriva (formerly Mandrake) and Fedora Core in terms of ease of use. Ubuntu has recently been awarded Best Distribution, and is rated as the top Linux distribution by Distrowatch.

The first thing you need to do if you are online, is to go to www.ubuntu.com/download. Go to the bottom of that page and select a download mirror. There are three downloads under Install CD. Download the ISO file that you need for your system. If you are not sure which one you need, it is very likely to be the one for x86 computers, that is for those of you that have PCs. I am not concerned about those who don’t (hehehe). After you have completed downloading the ISO file, burn it to a CD as an image with your favorite burning utility such as Nero.

If on the other hand you have a bad lnk, and you have some time, you can order a CD by going to shipit.ubuntu.com, they would send you free copies of the latest version. I am using version 5.04, 5.10 is available, and 6.06 would be out in June.

After I got my CDs, I installed Ubuntu, (5.04 aka Hoary Hedgehog), on my laptop, completely wiping off the Windows OS. The install process is quick, I was on in Ubuntu in 30 minutes. However, there is no full-fledged GUI installation like Mandriva or Suse. But, the installation process is fairly automated. By default, Ubuntu installs a number of applications that you cannot deselect or add to them in the installation process. This can be bad for users with slow systems that just want the bare minimum. Although, that can all be changed once the operating system is installed. Programs can be added or removed as you wish. Other than that, the installation process is a breeze. You can send me an email if you have any questions about it.

Ubuntu comes bundled with the Gnome window manager, which has two taskbars. The one on the top features the menus and the system tray icons while the bottom taskbar has the open windows, show desktop, trash, and a virtual workspace switcher. If you feel more comfortable with a windows style format, you should consider Kubuntu which features the KDE window manager.
The first thing you notice is how clean the desktop is… it is empty, just the way I love it! In other Linux distros I have been used to desktops being littered with links to the distribution’s website or trivial shortcuts to “home.” The user interface is simple and pleasing with nice icons and cursors. Ubuntu is a powerful operating system, with OpenOffice.org, a BitTorrent client (Gnome BitTorrent), Mozilla Firefox, and gAIM instant messenger, among others, preinstalled. Ubuntu is much faster than Windows on my computer in terms of general system tasks. Windows boots faster because like all Linux distros, Ubuntu searches for a lot of stuff before it finishes booting. However, it is faster than Windows when the system is online. It has a lot less to load up and doesn’t have to load any fancy graphics. I did not notice any lag in the menus or the file explorer, nautilus. I am still tripping over how all of my hardware works flawlessly. Just to test, I plugged in several USB devices and all were functioning. This is a major relief as I remember my Windows days where I would have to enter start rushing to Driver Guide in order to get a lot of gadjets to work.

The first thing you need to do after Ubuntu installs is a system update. The update process is painless. Everything is done by the Update Manager, which you can find by going to System>Administration>Update Manager. A window should pop-up asking for the user password, this is normal. The update process is self-explanatory, select the packages and apply them by clicking Install. In my case it keeps reminding me that Ubuntu 5.10 is available, but I would update to 6.06 when it is released in 2 months. If you need administrative rights to do something in the terminal, then go to Applications>System Tools>Root Terminal, and voila, you are the administrator.

If you want to install extra software, you can download a magnificent program Ubuntu Add-on, and in the terminal (root terminal), type the following after each has executed:
cd Desktop/
unzip ubuntuaddon.zip
cd ubuntuaddon/
sh ubuntuaddon.sh

This is a typical method for installing simple applications in Ubuntu, or most other Linux distributions for that matter. However, other distributions with different window managers have unique ways of putting links to applications. For example, in the Blackbox/Fluxbox window manager you must edit a file to include an entry to that application in the right click menu. If you have ever seen the typical method for installing applications on a more complex distribution of Linux you will notice how many things are compiled from source. While compiling from source builds the application around your computer’s individual settings and makes it run more efficiently, it is often too difficult or time consuming for the beginning Linux user. Therefore Ubuntu does not come with a preinstalled compiler such as gcc. If you ever want to gain that functionality you need to execute sudo apt-get install gcc in the terminal. After you do this, if you want to install an application from source usually you extract the file to a folder (tar xjf for .tar.bz2 and tar xzf for .tar.gz) and then run the following commands:
cd /path/to/folder
./configure
make
make install

Ubuntu has a great package manager called Synaptic that lets you search for or find applications to install or remove from a list. You can check it out by going to System>Administration>Synaptic Package Manager. You can easily sort packages by category, their installation status, or by searching. If you find a package you want to add click it and select Mark for Installation. Once you’ve selected all the packages you wish to install, remove or upgrade at this time, click the Apply button. It’s as easy as that. However, not every application will be on this list and betas are usually never listed. In those cases you must go out and download the installer elsewhere and install it manually. Such is the case if you want the latest version of Firefox the day it comes out. It might take the repositories a day or two to get the latest versions.

# The Terminal is your friend. It will scratch your back for you. I suggest putting a launcher to it on the taskbar by right clicking Terminal in Applications>Accessories>Terminal and selecting Add this launcher to panel.
# Most applications in Ubuntu are stored within /usr/lib/ (the equivalent of C:\Program Files).
# Linux can only handle one sound stream if your sound driver is not fully supported by ALSA, which I find to be quite often. If you watch a movie and then close the movie player, it is normal for a slew of gAIM sounds to play for a while as that sound stream was cached for later playback. If you are streaming internet radio in Amarok and then open a video in VLC, the sound from Amarok will be heard.
# If a program ever seizes up, you can force quit it using the killall [program] command. You can view active processes and kill them if necessary via top. Typing k and then the PID of the process you can kill that process. This isn’t always the case, so you many need to do killall -9 [command].
# The man command can be used before any command you wish to learn about. For example, man apt-get will list the man pages. To exit the man pages and go back to the terminal press q.

You can search for packages to install via packages.ubuntu.com.
# pwd tells you what directory you are in (print working directory), cd changes the directory, cd , goes back up (out) a directory, ls lists the contents of a directory, nano is a simple text editor while more and less are simple text viewers, unzip unzips zip archives, tar is a valuable decompression tool, ./ executes some files (eg., *.sh files), other programs can be accessed by typing their name such as firefox.
# Here are some more important commands.
# If you need to switch between Java installations use
sudo update-alternatives –config java

Linux proponents loudly celebrate Linux’s increasing importance in the world of software. It’s true that Linux has made great strides in becoming a standard part of the computing landscape, but it has made far more inroads into the Unix space than into the Windows desktop space. Despite that, there’s simply no doubt that the desktop—and Microsoft—are the current target of many open source software projects. These projects are conceived, executed, and extended to compete with Microsoft’s desktop applications. But they are currently fighting a losing battle as far as most users are concerned.

To compete successfully, Linux needs a standardized platform and robust installation mechanisms so that users can choose software on its merits, without worrying about whether the software they want works on their particular Linux flavor or GUI choice.

As a first step, open source proponents should band together to create a standardized Linux/GUI combination as a single platform for application development targeted toward average users with the goal of removing barriers to generalized adoption. Doing so would not remove or limit choice for more advanced Linux users. Vendors and open source projects would be free to choose to support the standard or not, just as they please. Freedom of choice is not incompatible with the concept of providing a standard platform. Applications that meet the standard would:

be guaranteed to work on the defined standard platform
*

would interoperate (where appropriate) with other standard applications
*

Any such group should immediately implement comprehensive end-user testing and make the results available to the open source community. A project that builds on and augments the existing Free Standards Group recommendation, the Linux Standard Base (LSB) project, might be a good first step. The LSB provides tests and documentation so that organizations can certify their Linux application binaries as compatible with a specified binary standard.

The LSB project doesn’t address GUI concerns, and perhaps it shouldn’t. After all, not all applications require a GUI. But those that do need some way to provide assurance to users that the software will run on their systems. Until that happens, average users aren’t likely to get very excited about either Linux or open source.

Special thanks to Paul Stamatiou. 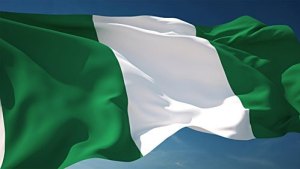