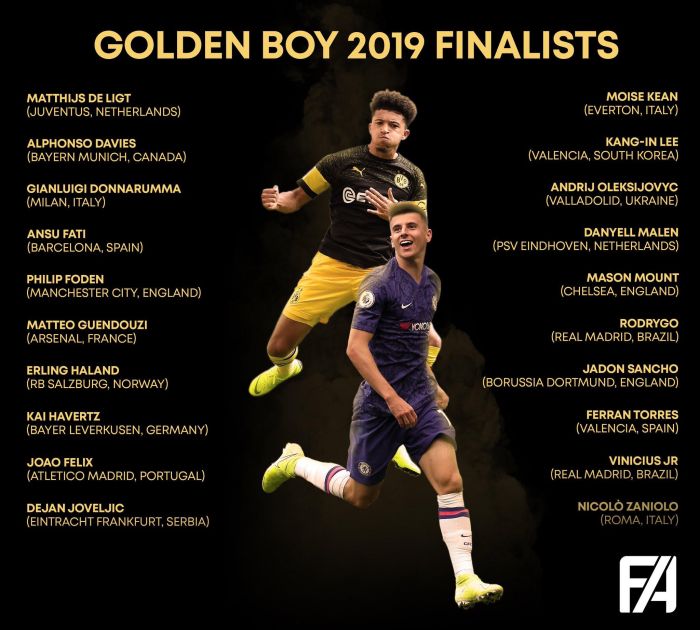 VOTE NOW!! Who Do You Think Will Win The 2019 European Golden Boy Award?? (Drop Your Comments) 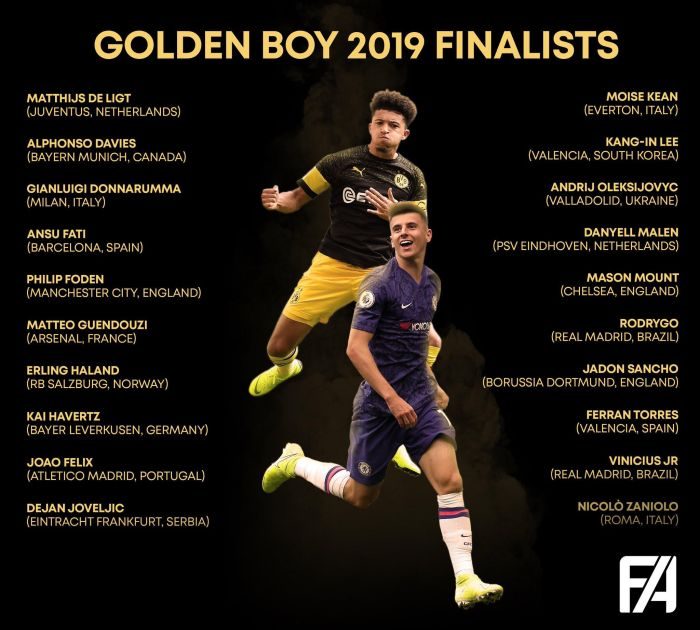 This going to be hard to choose!!

Remember Matthijs de Ligt? that former Ajax boy that played like crazy in the Champions League? He is also on the list.

What is the Golden Boy Award?

According to Wikipedia, The Golden Boy is an award that is given by sports journalists to a young footballer playing in Europe perceived to have been the most impressive during a calendar year (two halves to two separate seasons). All nominees must be under the age of 21 and play in a European nation’s top tier.

[Video] Magnito Ft. Falz – If To Say I Be Girl Ehn Previous post
‘Any Actress Whom A Director Hasn’t Asked Out Needs To Check Herself’ – Vicky Zugah Next post